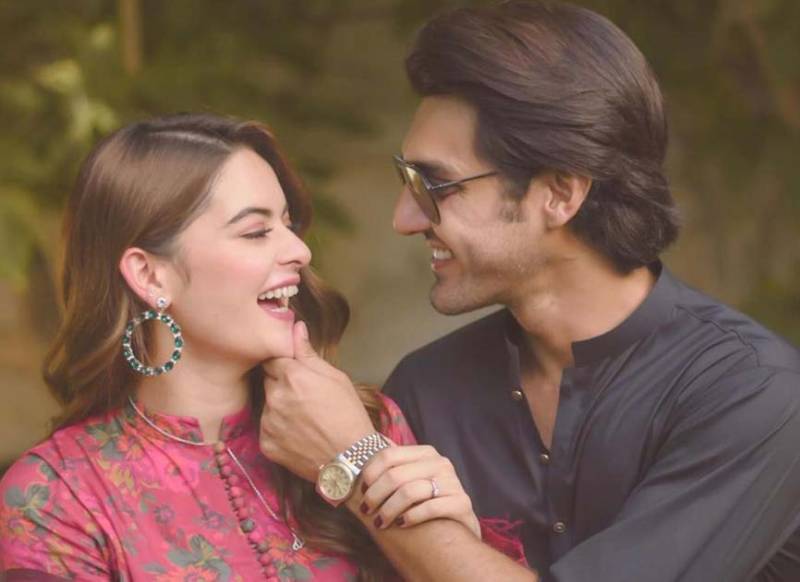 Wedding bells for celebrity couple Minal Khan and Ahsan Mohsin Ikram aren't far away and the good news is that the duo has invited their massive fan following too.

As Minal and Ahsan drop the first look of their wedding card, the fans cannot wait to see the adorable couple finally tying the knot.

The Jalan star took to her Instagram handle as she posted a picture of their invitation card with her and beau Ahsan's name on the gorgeous blue and white card.

Earlier, Minal and Ahsan Baat Paaki pictures became the talk of the town. The couples had gotten unofficially engaged in February and announced the news on their social media. Ikram shared a photo of Khan donning a ring to reveal she had said yes on Valentine's Day.

The couple had confirmed they’re seeing each other in November, after Khan's 22nd birthday.

Pakistan's celebrity couple Minal Khan and beau Ahsan Mohsin Ikram have sealed the deal for quite some time as the ...