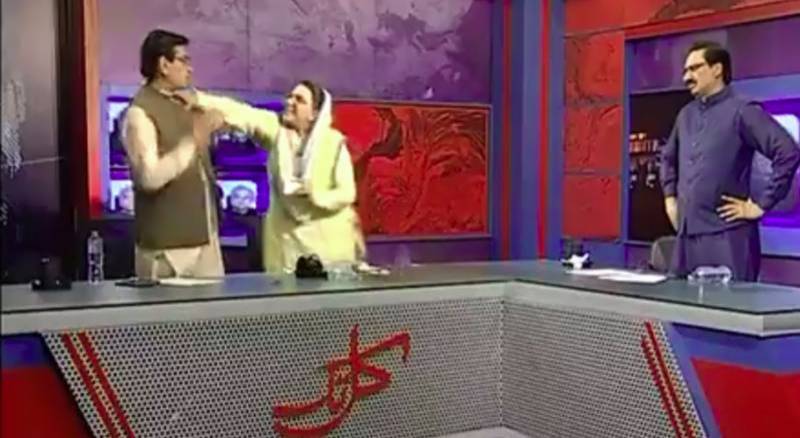 Mandokhel, who was elected to National Assembly in April’s by-election in NA-249 constituency of Karachi after defeating the PTI and PML-N’s candidates, was slapped and abused by Awan after heated exchanged turned into brawl during Javed Chaudhary’s current affairs show Kal Tak on Wednesday.

The CM’s aide later took to social media to explain why she had taken the extreme step against the PPP leader.

She claimed that Mandokhel had used inappropriate language which angered her, and that only a one-sided story was being shared in the video. She alleged that Mandokhel threatened her, besides insulting her late father.

But, the PPP leader is not approving Awan's story. In his clarification, Mandokhel said that the Sialkot-based politician was repeatedly interrupting him and another guest on the show and not letting them to put forth their opinion.

“When I asked her to speak me, she replied your party is completely corrupt. I replied you [Awan] had been minister of the same party,” Mandokhel said in his video statement.

The PPP leader said that when he reminded the CM’s special assistant of corruption charges against her, she got enraged and started abusing him.

He said that lawyers community has slammed the act of Firdous Ashiq Awan.

Concluding his statement, Mandokhel said that he will forgive her if she apologises for what she has done.