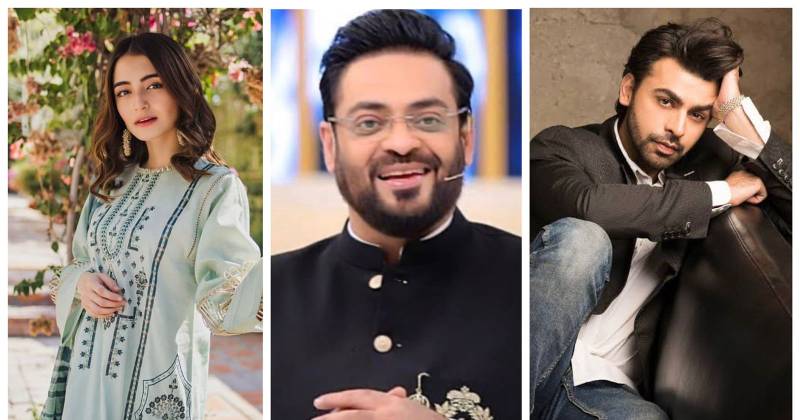 Following the shocking news of former MNA and televangelist Aamir Liaquat Hussain’s sudden demise, the internet has been thrown into an endless blame game.

Liaquat's third wife Dania Shah has been bashed for causing him mental distress by leaking his personal videos and ruining his reputation.

Celebrities have come forward and have shamed the internet trolls by highlighting that their relentless trolling makes them equally guilty because the keyboard warriors were taking the joy out of someone’s misery. Farhan Saeed, Zara Noor Abbas, Merub and many more have blamed the toxicity of social media for Liaquat's demise.

“Everyone who's blaming this girl Dania for Aamir Liaquat’s death, I am sorry to tell you that all of those who shared and spread his videos and memes are also part of bringing him down.” The Thodi Der singer added, “It’s about time we as a nation stop taking joy out of someone’s misery. It says a lot about us!”, Saeed tweeted.

Everyone whose blaming this girl #dania for #amirliaquat death, I am sorry to tell all of those who shared , spread all his videos and memes are also part of bringing him down .

It’s about time we as a nation should stop taking joy out of someone’s misery, it says a lot about us!

And that’s the filth that social media has. The Dark Power. It can ruin people and throw them into a pit of hollowness. And now suddenly Amir Liaqat becomes a sad and shocking demise. Why is everyone shocked? Wasn’t every passed video of him a lead to where he is now?

Earlier, the funeral prayers of Member of National Assembly (MNA) and renowned televangelist Dr Aamir Liaquat Hussain were delayed after police decided to conduct a post-mortem to investigate the cause of his sudden death.

Earlier, Hussain’s children had refused to allow the post-mortem, saying they wanted to depart their father with utmost respect and dignity. The family had also announced that funeral prayers will be held after Friday prayers.