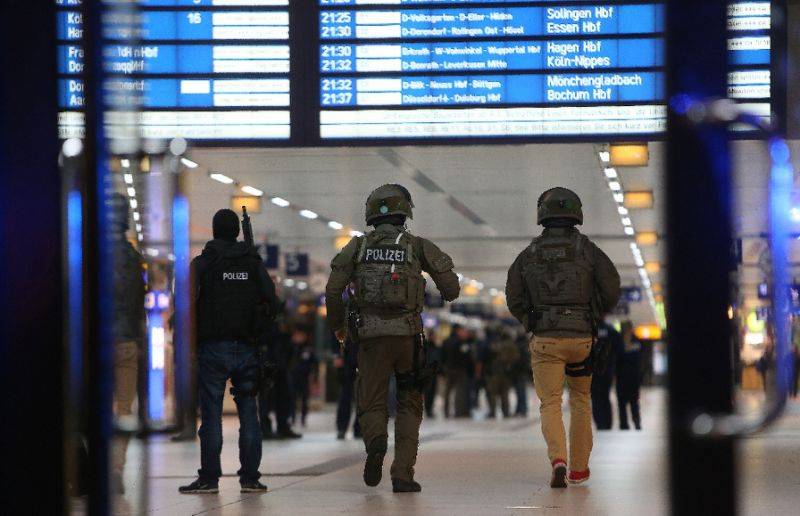 DüSSELDORF - German police on Friday arrested an axe-wielding attacker who wounded nine people in a bloody rampage at a railway station overnight in Duesseldorf.

They were waiting to question the 36-year-old from Kosovo who is in hospital with multiple bone fractures after jumping off a bridge while trying to flee police at the crime scene.

News site Spiegel Online identified him as Fatmir H. and said he had told investigators that he had hoped to be shot dead by police following the random attack.

Panic sparked at the station when he got off a commuter train and began swinging an axe at passers-by. Police said he was in an "exceptional mental state" at the time.

Police commandos with automatic weapons, wearing bullet-proof vests and balaclavas, rushed to the station backed by police helicopters amid fears it was a terrorist attack and initial false reports of multiple attackers.

With screams echoing around the station concourse and the wounded bleeding on the ground, police chased the man along railway tracks until he leapt off a four-metre (12-foot) bridge to evade arrest. – APP