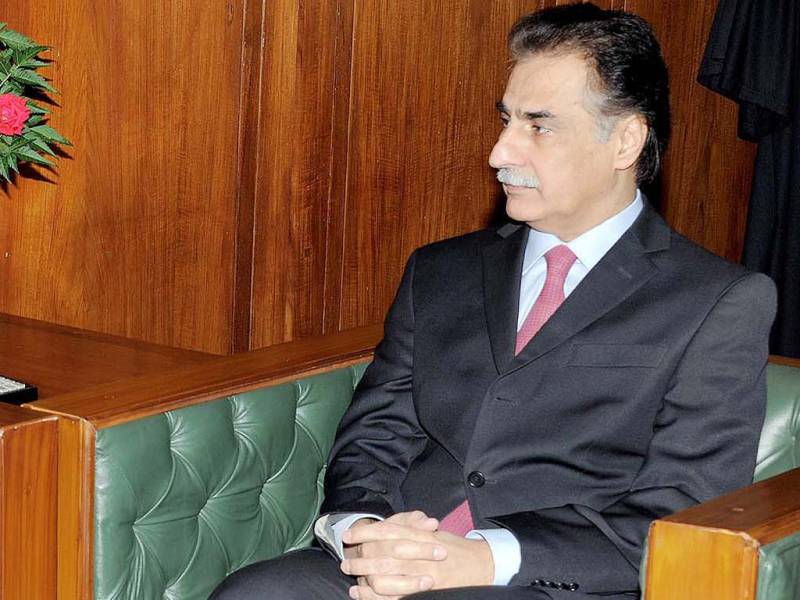 'The parliamentarians have their heads bowed down in shame over the incident,' the NA speaker lamented while condemning the scuffle between the MNA's.

Addressing a ceremony held earlier in the capital to inaugurate a monument Sadiq questioned whether lawmakers should prioritize settling scuffles or the public’s problems.

'We will need to adopt policy of tolerance in the Parliament and everywhere else. Today, we must pledge to strengthen our democratic institutions,' the speaker observed.

The inaugurated memorial, in the lawn of the Parliament, has been built to honour those who sacrificed their lives while upholding the principles of democracy.

A skirmish between PTI’s Murad Saeed and PML-N’s Javed Latif turned ugly when the former punched Latif after being allegedly abused.

On the other hand, Latif refuted the allegation that he abused or termed Imran Khan a ‘traitor’. Speaker National Assembly Ayyz Sadiq has ordered an inquiry into the incident.

On the other hand, PTI supremo Imran Khan defended Murad Saeed and added that he himself would have gone much further than just hitting Latif.