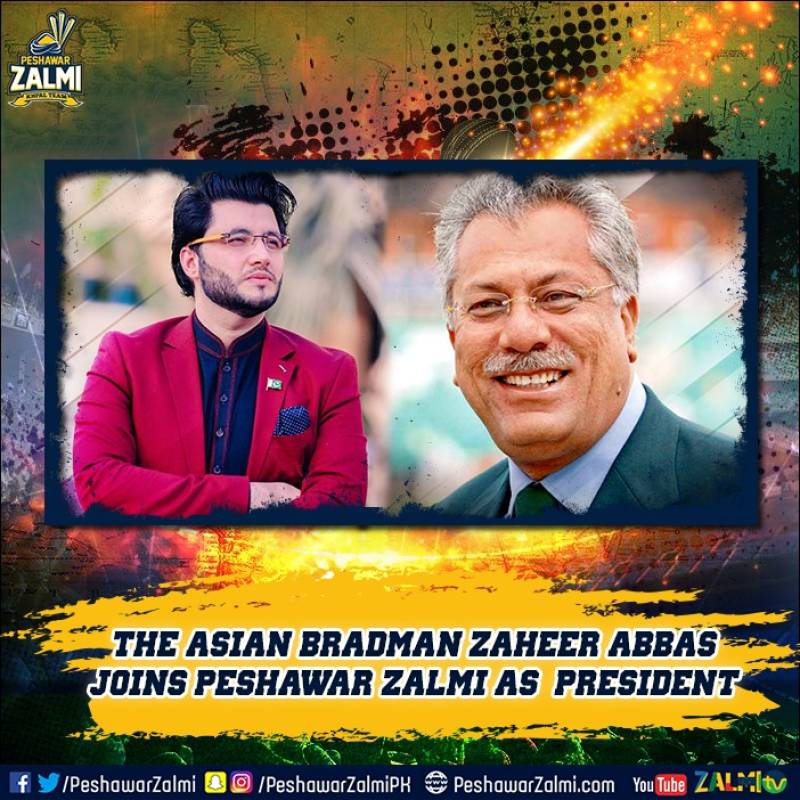 PESHAWAR - Former Pakistan cricket captain, Zaheer Abbas has been appointed as the President of the Board of Zalmi Group.

“It is a great privilege and honour for the entire Zalmi family that one of the biggest names in the cricketing world has acquiesced to join us. The Zalmi vision has always been about the expansion of the sport through the potential of youth,” said Chairman Peshawar Zalmi, Javed Afridi.

According to Afridi, Zaheer Abbas as President of the Board would provide input on the foundation plans for Peshawar Zalmi.

Zaheer Abbas who is known as the Asian Bradman said Pakistan Super League has helped cricket in Pakistan evolve into a new era and he appreciates the dynamism of Peshawar Zalmi and hopes the franchise will repeat their performance in the third season.

Zaheer added that he hoped the Zalmi’s will repeat their stellar performance in the forthcoming PSL Season 3 to successfully defend the championship title.

A stylish batsman of his era, Zaheer Abbas scored 5,062 runs for Pakistan in 78 test matches and 2,572 runs in 62 ODI's. He is also the only Pakistani batsman to have scored over 100 first-class centuries, 108 to be precise and a mammoth 34,843 runs in first-class cricket.-PR