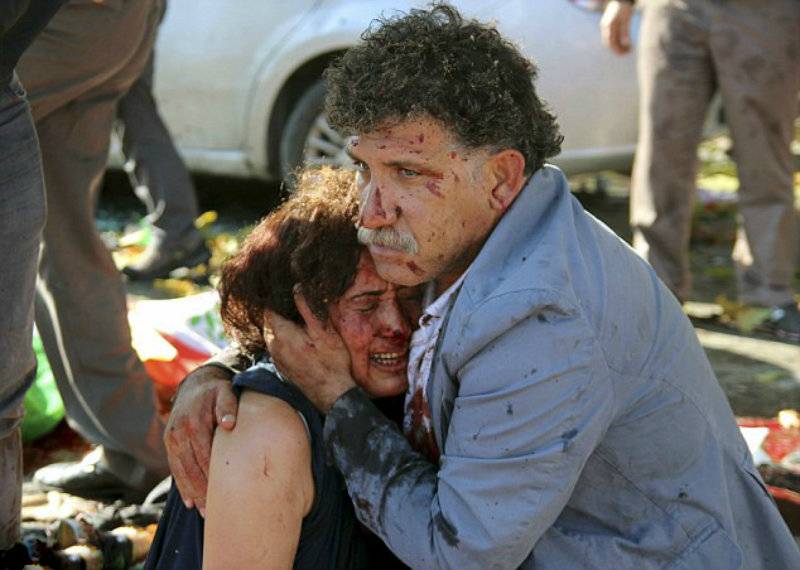 ANKARA (Web Desk) - More than 97 people have been killed and up to 400 wounded in the deadliest terror attack in Turkey’s history after two explosions targeted a peace rally in the centre of the capital.

Twin explosions outside Ankara’s main train station on Saturday morning targeted hundreds of people who had gathered to protest against violence between authorities and the Kurdish separatist group, the PKK.

Turkish government officials said the explosions were a terrorist attack carried out by a suicide bomber but no group has yet claimed responsibility. Turkey’s prime minister, Ahmet Davutoğlu, was holding emergency meetings with government officials and security chiefs on Saturday afternoon. 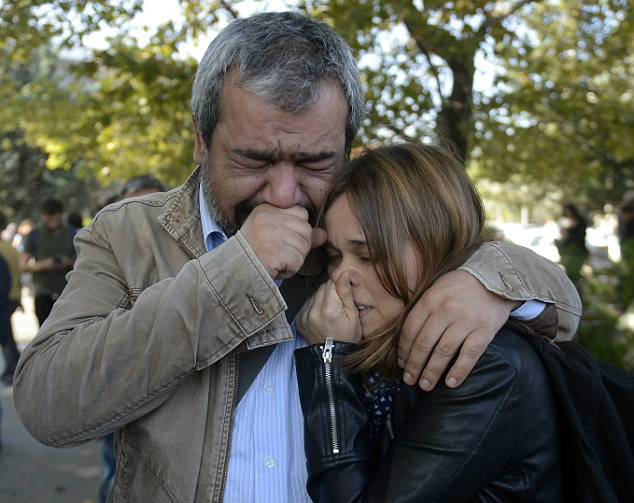 The health minister confirmed 97 people were killed in the blasts and 400 were wounded. . It is believed the death toll could continue to rise.

Immediately after the attack at least 20 bodies could be seen covered by bloodstained flags on the road. Witnesses said the blasts were seconds apart shortly after 10am and were so powerful they rocked nearby high-rise buildings.

Turkish President Tayyip Erdoğan condemned the double bombing, saying the attack targeted the country’s unity and peace. In a statement posted on the presidency’s website, Erdoğan said: “I strongly condemn this heinous attack on our unity and our country’s peace.

“No matter what its origin, aim or name, we are against any form of terrorist act or terrorist organisation. We are obliged to be against it together.”

The peace rally was being held denounce the increased violence between Kurdish rebels and Turkish security forces.

The government has said they believe the blast was a terror attack and are investigating claims that a suicide bomber was responsible.

As in #Suruc, we have video of #Ankara blast, again amidst hand-holding peace chant. Tho this time in background. pic.twitter.com/X1ycquS5Bi

Photos posted on social media show a number of bodies at the scene. 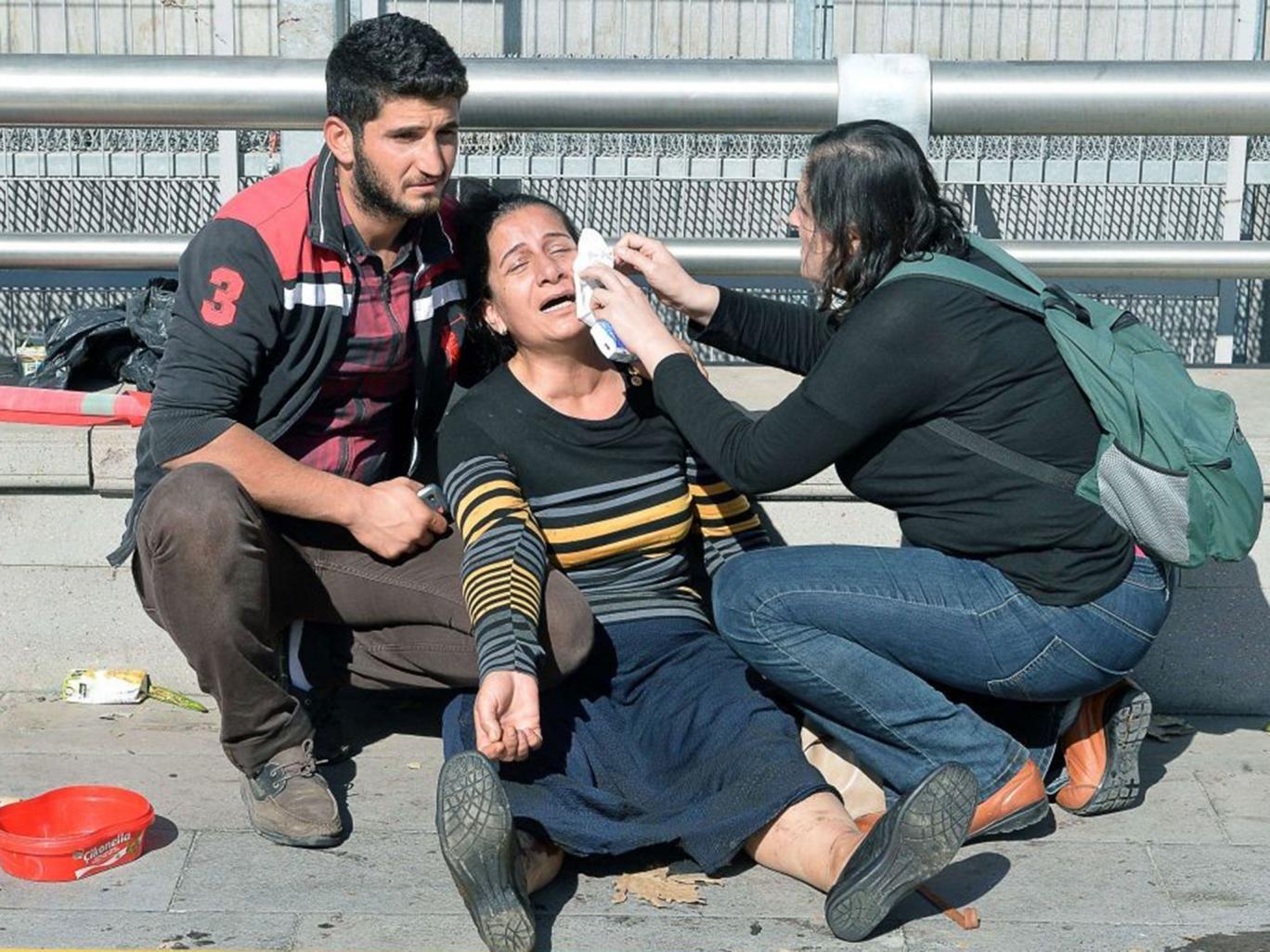 “There was a massacre in the middle of Ankara,” he added.

There was no immediate claim of responsibility and the government is investigating the culprits.

Ahmet Davutoğlu, the Prime Minister, is expected to hold a meeting with security officials later today.

In July, a suicide bombing blamed on ISIS killed 33 people in a town near Turkey's border with Syria.

The explosion came three weeks ahead of a parliamentary election and amid growing security concerns in the region. A rally for the pro-Kurdish HDP party was bombed in June, ahead of last year’s general election.

The country has been in a heightened state of alert since starting a “synchronised war on terror” in July, including airstrikes against Islamic State fighters in Syria and PKK bases in northern Iraq. It has also rounded up hundreds of suspected militants at home.

Designated a terrorist group by Turkey, the United States and the European Union, the PKK launched a separatist insurgency in 1984 in which more than 40,000 people have been killed.

The state launched peace talks with the PKK’s jailed leader in 2012 and the latest in a series of ceasefires had been holding until the violence flared again in July.