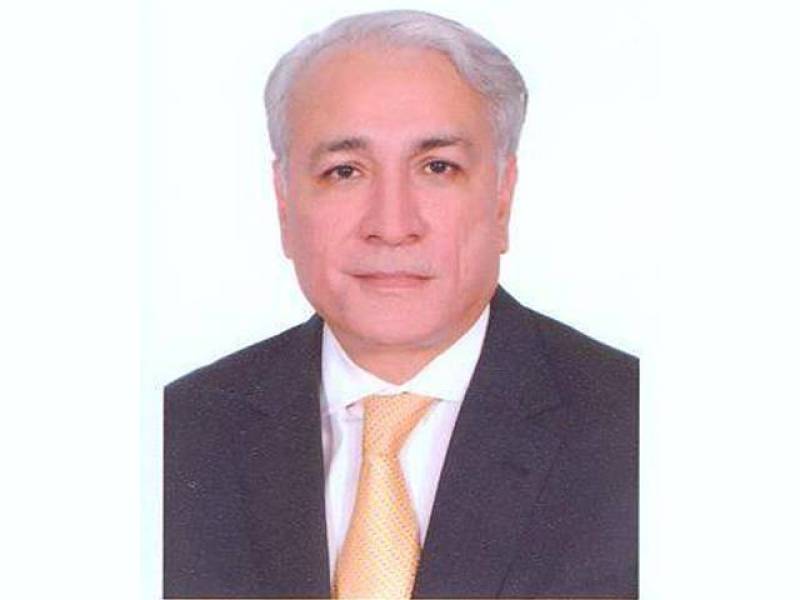 Other candidates of the same group elected during the recent IPCC election include Valerie Masson-Delmotte as Co-Chair (France), Panmao Zhai as Co-Chair (China), Edvin Aldrian as Vice-Chair

According to Secretary Climate Change Arif Ahmed Khan, this is a great milestone, the country has achieved. The election of Irfan Tariq has brought a global recognition of Pakistan's efforts in the global fight against climate change country's extreme vulnerability, to the negative impacts of global

The main topics assessed by the group include changes in climate-altering greenhouse gases and aerosols in the atmosphere; observed changes in air, land and ocean temperatures, rainfall, glaciers and ice sheets, oceans and sea level; historical and paleoclimatic perspective on climate change; bio-geochemistry, carbon cycle, gases and aerosols; satellite data and other data; climate models; climate projections, causes and attribution of climate change.

The election took place in Dubrovnik, Croatia, where the IPCC held its 42nd Session. IPCC elected Hoesung Lee of the Republic of Korea as its new Chair. Lee, aged 69, is professor in the economics of climate change, energy and sustainable development at Korea University's Graduate School of Energy and Environment in the Republic of Korea. He is currently one of the IPCC's three vice-chairs.

Elections for other positions on the IPCC Bureau, including the Co-Chairs of the IPCC Working Groups, took place over 6-8 October.

The election of the new Bureau of 34 members including the new chair, opens the way for work to start on the IPCC's Sixth Assessment Report, expected to be completed in 5 to 7 years.

The IPCC completed its Fifth Assessment Report (AR5) in November 2014. The key findings of the AR5 Synthesis Report are including human influence on the climate system is clear; the more humans disrupt the climate, the more they risk severe, pervasive and irreversible impacts; and the world has the means to limit climate change and build a more prosperous, sustainable future.

The Vice Chair of Working Group-I of IPCC, Irfan Tariq said i am honoured and grateful that the Panel has elected me as the vice-chair of the IPCC's Working Group-I.

He said that i remain deeply committed to play my part on behalf of my country, to provide policymakers with the highest quality scientific assessment of climate change and to save earth and its inhabitants from devastating impacts of global warming.

He emphasised that next phase of the IPCC work would see the 46-member newly elected body boost understanding of regional impacts, especially in developing countries, and improve the way the IPCC's findings to the public are communicated.

This knowledge will help the countries determine which adaptation and mitigation measures they will need to take, Irfan Tariq said

He added that the way to achieve this is to identify and network" with local centres of excellence - not just on climate science, but also economic development and poverty reduction.