At least 31 dead in stampede at Karbala 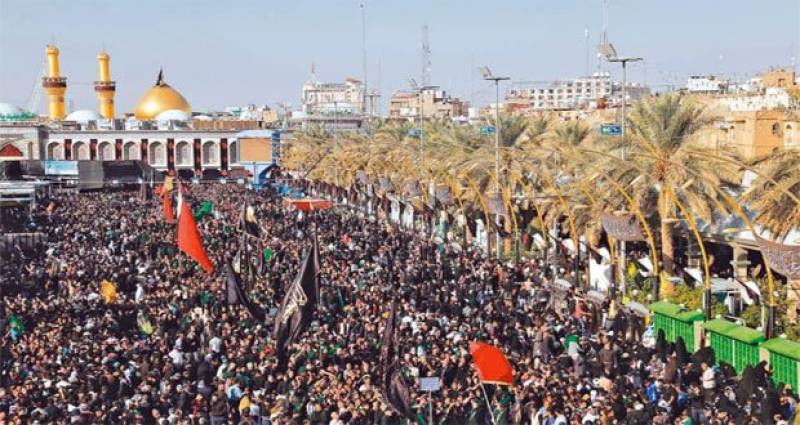 KARBALA - At least 31 pilgrims were left dead on Tuesday in a stampede at a major shrine in the Iraqi city of Karbala as Muslims commemorate the holy day of Ashura.

The health ministry spokesman, Saif al-Badr said another 100 devotees were left injured at the shrine around 100 kilometres south of Baghdad, fearing that the toll could rise further.

According to security sources, the death toll is over 30 though an official confirmation from health ministry is awaited in this regard.

The stampede was triggered when part of a walkway collapsed during a procession causing mass panic among worshippers.

The incident is the deadliest stampede in recent history during Ashura when pilgrims from around the world swarm Karbala to commemorate the martyrdom of Hazrat Imam Hussein (RA)— Prophet Muhammed's (PBUH) grandson.

The worst incident of stampede occurred in 2005 when at least 965 pilgrims heading to the Imam Kadhim shrine in Baghdad during a different holiday died after rumours of a suicide bomber in the crowd sparked a mass stampede.