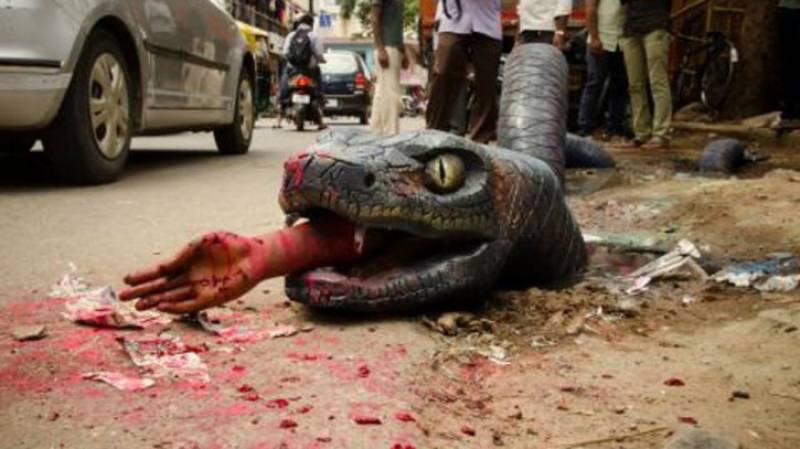 NEW DELHI (Web Desk) – A Bangalore based organisation that works for betterment of the city recently installed an anaconda emerging out of pothole to bring the citizens’ attention towards ever-increasing potholes, diseases, and water-logging problems.

The massive fixture - that took two days to make - was placed on the streets on Sunday. As anticipated, the anaconda did attract a lot of attention and sparked meaningful debates among the citizens. The experiment also garnered a lot of social media attention as well, where people offered their suggestions on how the problems can be tackled.

"There has been an overwhelming demand for anacondas and people are giving locations across the city for such installations," said Sridhar Pabbisetty, the CEO of NBF organisation.

The organisation is now soon planning to install a "manhole" to bring everyone's attention towards yet another problem.

Earlier few others had installed a crocodile on a big pothole to draw public attention towards deprived situation of the city. 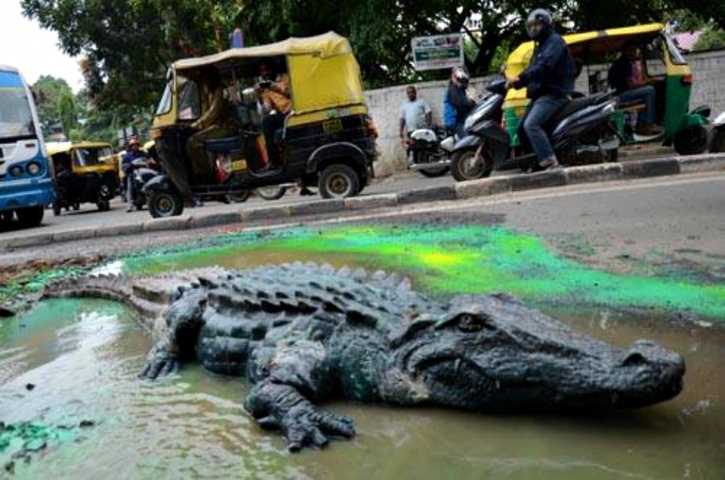