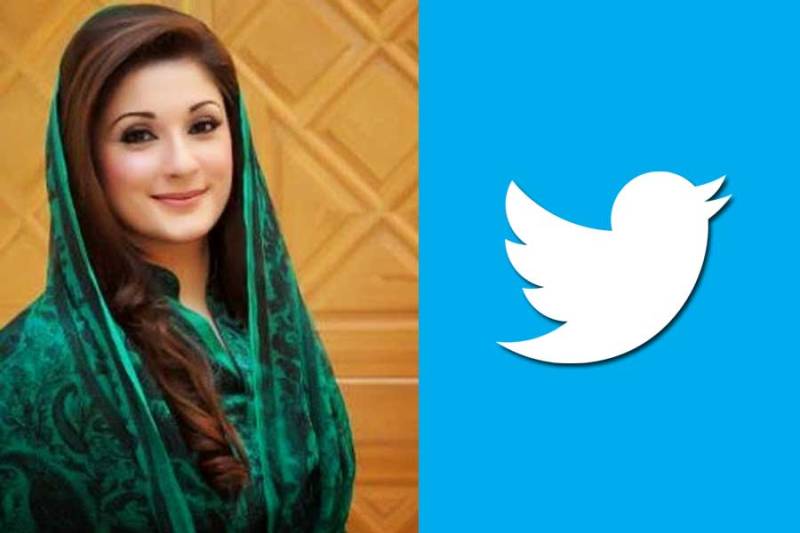 LAHORE (Web Desk) - The recently introduced "Cyber Crime Bill" was meant to penalise the people who create and ran hoax social media accounts, however, a fake account of Maryam Nawaz Sharif is buzzing all around on the internet but the law yet remains to take any action.

The account which carries the handle @MaryamNShehzadi was first brought to notice by renowned journalist Ajmal Jami when he noticed PML-N MNA Maiza Hameed retweeting the posts of the account considering the original account of the daughter of Prime Minister Nawaz Sharif. 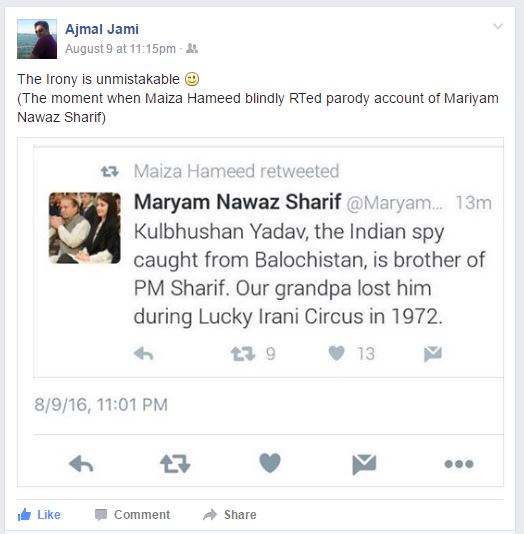 Well, Maiza Hameed did not like it at all and she immediately blocked Jami for his move. 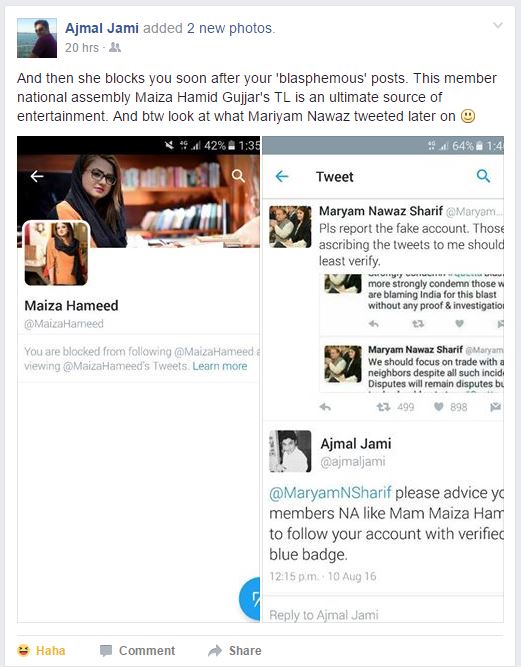 If we look at the parody twitter account of Maryam Nawaz Sharif, we will find nothing but the content to troll Pakistan Muslim League-Nawaz government. Here is an example: 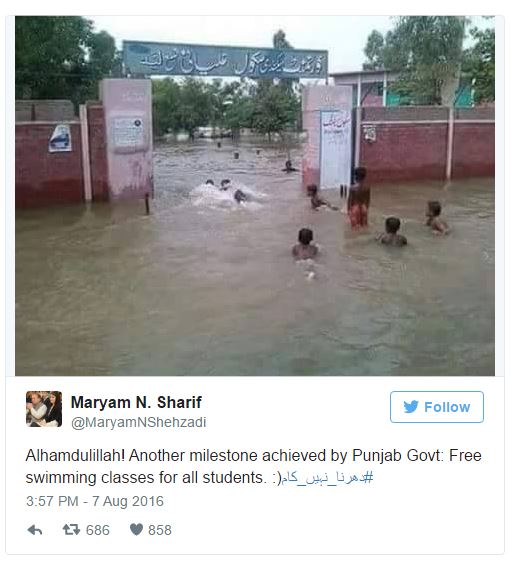 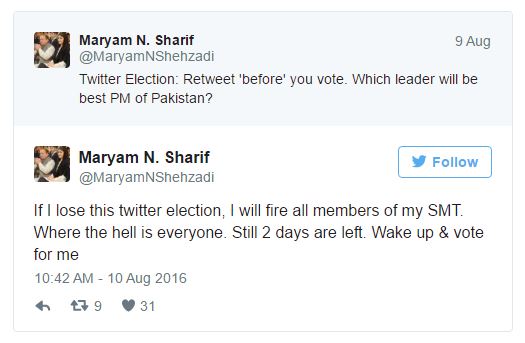 This was next level trolling. 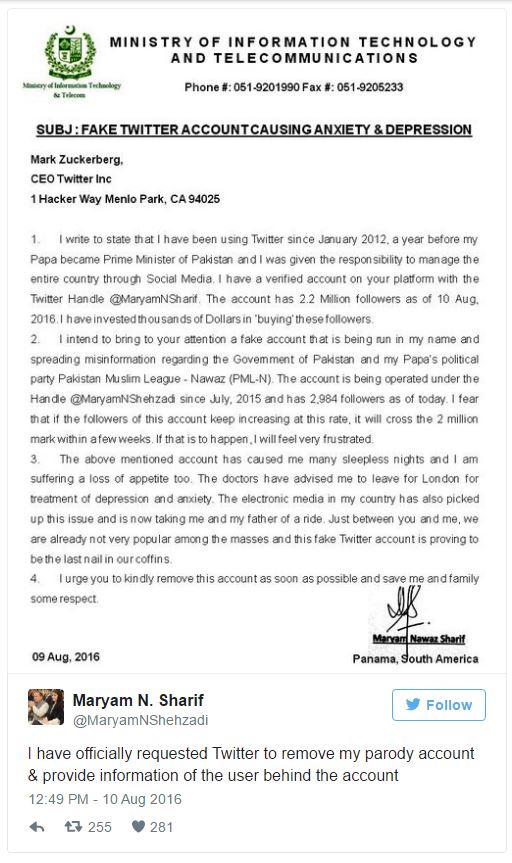 This one was powerful enough to attract Sheikh Rasheed Ahmed as well. 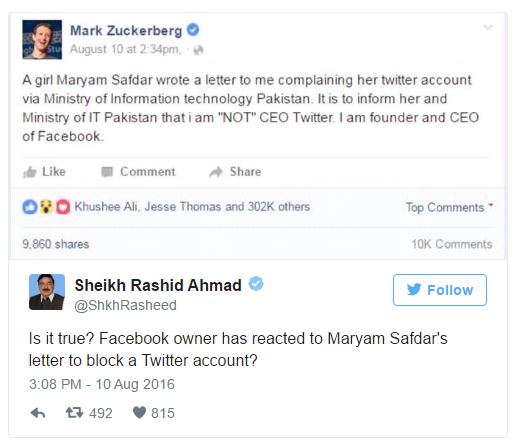 Finally original Maryam Nawaz Sharif herself spoke on this. 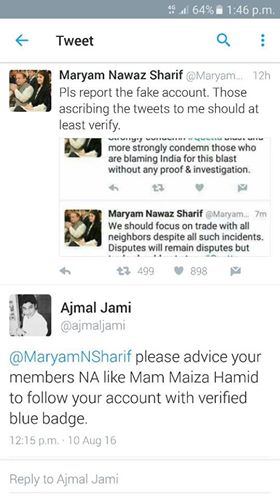 It is also worth mentioning here that anyone found running fake social media accounts can be imprisoned for three years along with a fine of Rs50 lakh, under the Cyber Crime Act.