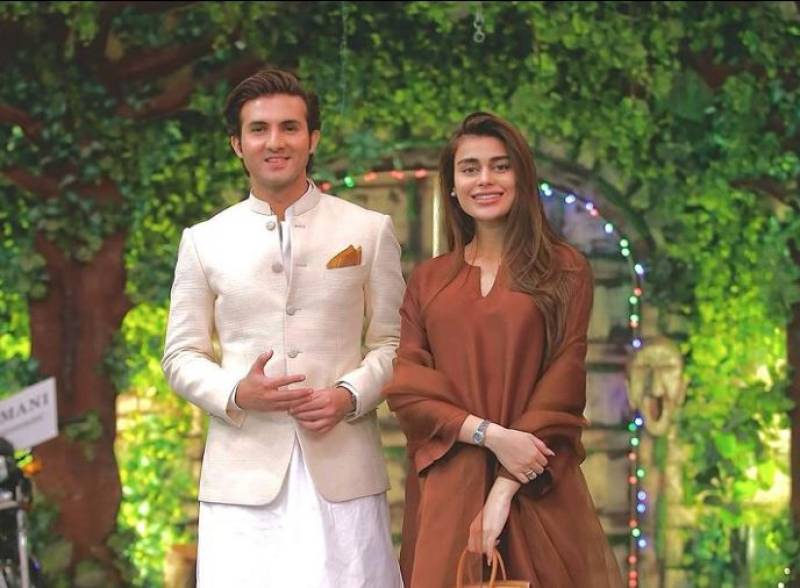 A mutual friend of the couple and supermodel, Mehreen Syed, first broke the good news with a picture of the newborn baby girl. Several videos on the internet have been circulating of the new grandparents and the mother with the child, while Sabzwari is seen distributing sweets to guests.

The father of two beautiful daughters and Dil-e-Veeran actor shared an adorable picture on Instagram of the first meeting between Sabzwari girls. “Nooreh baba with Zahra baba,” the proud father wrote on the picture.

Sadaf Kanwal and Shahroz Sabzwari tied the knot on May 31, 2020, in an intimate nikah ceremony. Their marriage received negative attention as the timing overlapped with Shahroz's divorce from his ex-wife Syra Yousuf. In response to the allegations made, Sabzwari came out with a video statement clarifying that "infidelity was not the reason that led to the dissolution of his marriage with his former wife."

The newborn is Kanwal's first and Shahroz's second child as he has a daughter named Nooreh with Yousuf from his previous marriage.

Celebs congratulate Shahroz and Sadaf over birth of baby girl