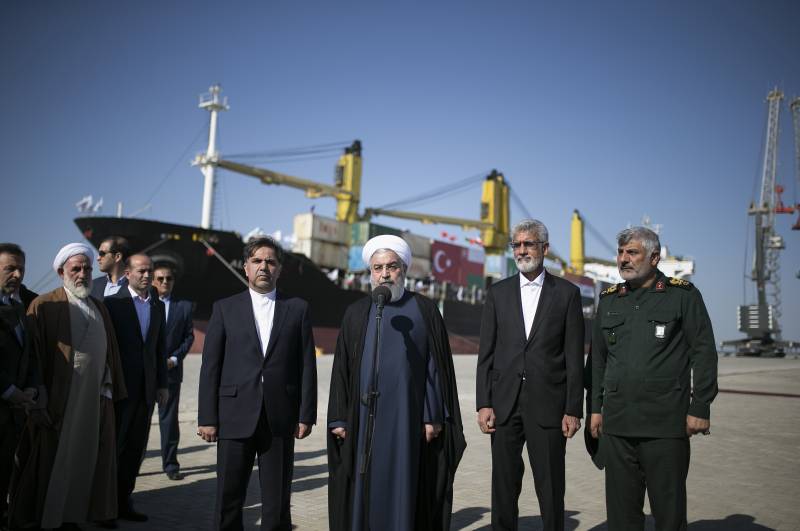 TEHRAN - The Chabahar port, the first phase of which was inaugurated last week, will not be allowed to be used by Narendra Modi-led India to undermine Pakistan's interests, said an Iranian diplomat.

The official, on condition of anonymity, rubbished the perception that the port would be pitched against Pakistan's Gwadar port, quoting the Iranian president that Chabahar and Gwadar ports would complement each other in the future and that a memorandum of understanding to this effect has already been signed.

Although the inauguration, that was attended by the minister for ports and shipping Hasil Bizenjo, raised eyebrows equally in Islamabad and Beijing owing to fears of burgeoning Indian influence, even then the diplomat played down the India hype as ‘psychological warfare.

The official lauded the recent visit of Chief of Army Staff General Qamar Javed Bajwa that helped strengthen the ties between the two neighbours.

'It was an excellent, excellent visit,' emphasized the diplomat in a conversation with Express Tribune.

He added that military and intelligence cooperation had deepened greatly in the past few months as officials from the security establishments on either side of the border speak to each other more often, contrary to the past.

The Iranian President Hassan Rouhani inaugurated the first phase of Chabahar port on December 3 and though Pakistan is not part of the project, its minister for ports and shipping was standing next to the Iranian President during the ceremony on the invitation of Tehran.

Regarding the inauguration, Pakistan's foreign office had clarified that it did not see the development as any kind of alliance against it.

'Our trade with Afghanistan, Iran, and China continue as before,' Foreign Office spokesperson, Mohammad Faisal had said.

The first phase of the Chabahar port project is known as the Shahid Beheshti port and is likely to ramp up trade among India, Afghanistan, and Iran in the wake of Pakistan denying transit access to New Delhi for trade with the two countries.

Over a month ago, India had sent its first consignment of wheat to Afghanistan by sea through the Chabahar port, marking the opening of the new strategic transit route.