Ed Sheeran declared as the UK’s artist of the decade 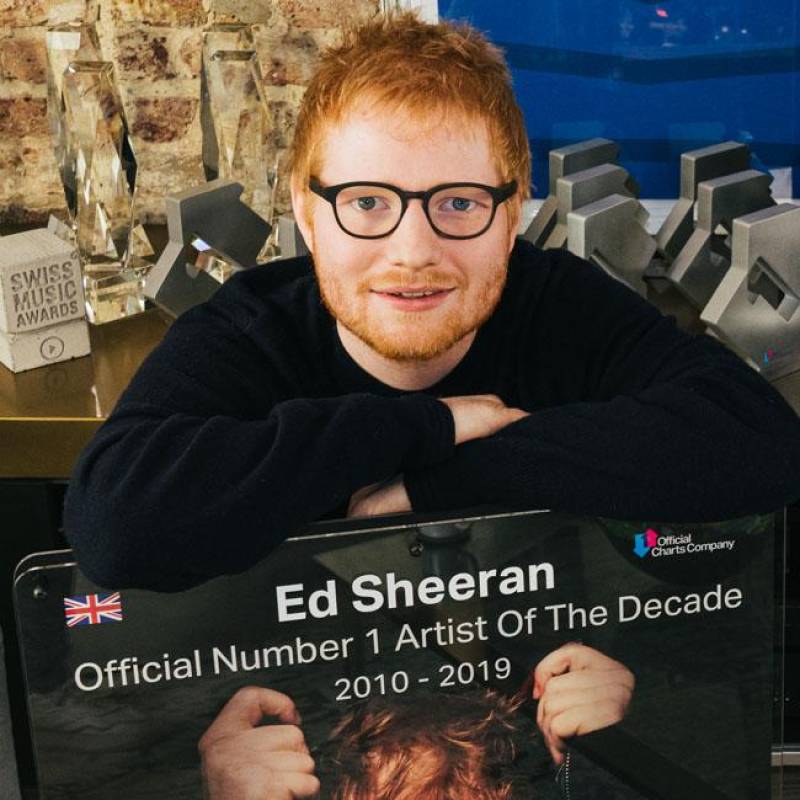 Ed Sheeran has had an impressive decade and rightfully so.

He's earned MILLIONS of pounds, have 12 number one singles and albums, spend a total of 79 weeks across the Official Singles and Albums Chart, and release songs with some of the biggest musicians, including Eminem, Cardi B, Justin Bieber, and WAY more.

Singer-songwriter Ed Sheeran has been named the “UK’s Official Number 1 Artist of the Decade” after a record-breaking run of hits, the Official Charts Company said on Wednesday.

"Thank you to everyone who’s supported me over the past 10 years," Ed told Official Charts, "Especially my amazing fans. Here’s to the next 10!"

Martin Talbot, Chief Executive of the Official Charts Company, added "Ed truly has dominated this decade and is a worthy recipient of this amazing new award.

"At the start of the decade, he was a little known (albeit highly rated) young 18-year-old lad from Suffolk - but his catalogue of achievements since then are genuinely remarkable. Today, he is firmly established among the highest level of global music superstars."