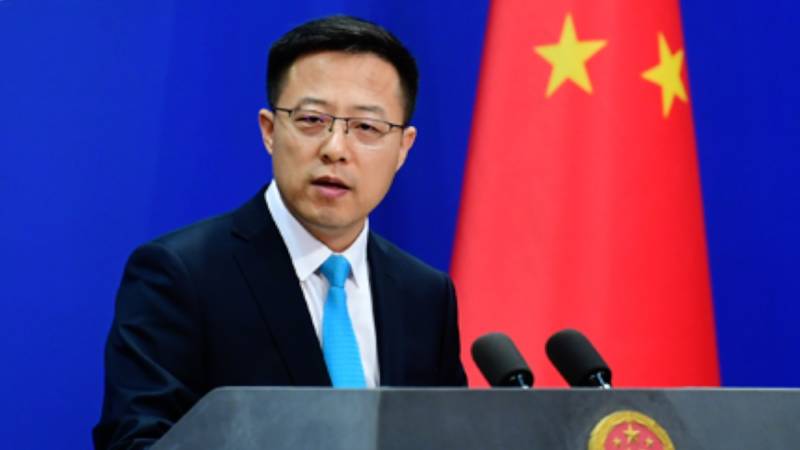 ISLAMABAD — Chinese Foreign Office spokesman Lijian Zhao has hailed Pakistan as a “real iron brother” for turning down the invitation to the Biden administration’s “Summit for Democracy” this week.

US President Joe Biden had invited Taiwan to the summit, a move that infuriated China, which views the island as its territory.

The first-of-its-kind summit was a test of Biden’s assertion — announced in his first foreign policy address in office in February — that he would return the United States to global leadership to face down authoritarian forces led by China and Russia.

There were 110 participants on the State Department’s invitation list for the virtual event on December 9 and 10, which aimed to help stop democratic backsliding and the erosion of rights and freedoms worldwide. The list did not include China or Russia.

Pakistan this week declined the invitation to the summit, saying it would “engage on this subject [democracy] at an opportune time in the future.” At a press briefing on Thursday, a spokesperson for the Pakistani foreign office said it was a “considered decision” by Islamabad not to attend.

The invite for Taiwan came as China stepped up pressure on countries to downgrade or sever relations with the island, which is considered by Beijing to have no right to the trappings of a state. Self-governed Taiwan says Beijing has no right to speak for it.

While Biden reiterated longstanding US support for the “One China” policy under which it officially recognizes Beijing rather than Taipei, he also said he “strongly opposes unilateral efforts to change the status quo or undermine peace and stability across the Taiwan Strait,” the White House said.

Xi said that those in Taiwan who seek independence, and their supporters in the United States, were “playing with fire,” according to state news agency Xinhua.

Rights groups question if Biden’s Summit for Democracy can push those world leaders who are invited, some accused of harbouring authoritarian tendencies, to take meaningful action.

ISLAMABAD – Pakistan has turned down the US invitation for participation in the Summit for Democracy, being held ...