5,000 Ulema call for Jihad against terrorism 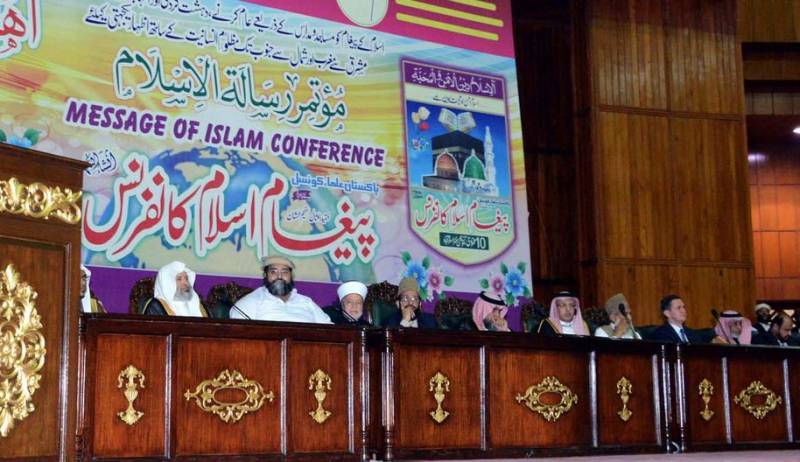 ISLAMABAD (Staff Report) - Over 5,000 Ulema have vowed to wage Jihad against terrorism, sectarianism and religious extremism with the power of argument and forging unity among their ranks, at the Conference titled 'Message of Islam Conference' which was organized by Pakistan Ulema Council in Islamabad.

Addressing the conference, Chairman PUC Hafiz Tahir Mehmood Ashrafi urged Ulema to spread the message of Islam across the globe.

Grand Mufti of Palestine Muhammad Ahmed Hussein lauded Pakistan's persistent support for the cause of Palestine.