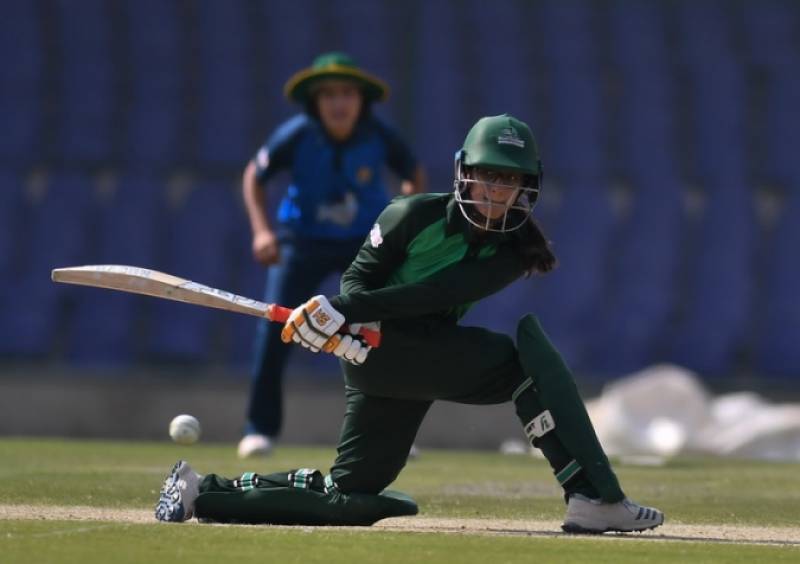 LAHORE - Opener Muneeba Ali scored a superb 108 to help PCB Challengers to a 42-run win over PCB Dynamites in the third match of the National Triangular T20 Women’s Cricket Championship at Karachi’s National Stadium on Saturday.

The left-handed batter struck 17 fours and a six in 69 balls after Challengers’ captain Bismah Maroof elected to bat after winning the toss.

Over the course of her innings, Muneeba stitched a profound 118-run stand for the second wicket with her captain helping Challengers to post a daunting 182 for three in 20 overs.

Bismah scored 32 off 31, hitting one four and one six, while all-rounder Nida Dar smashed a quickfire 14-ball 29 not out, studded with four fours and a six.

The only bowler to pick up a wicket in Challengers’ innings was Sana Mir, who returned one for 44 in four overs, as Ayesha Zafar (three) and Muneeba were run-out.

Left-arm orthodox Sadiq Iqbal took three wickets for 20 runs in three overs in Dynamites’ reply which restricted the Nahida Khan-led unit to 140 for five in 20 overs.

With a 30-ball 38, which included four fours and a six, Iram Javed was the highest scorer for Dynamites, while Nahida and Kainat Hafeez scored 36 and 26 respectively.

Challengers’ Saba Nazir and Nida Dar were the other wicket-takers as both spinners took a wicket each.

For her match-winning knock, Muneeba bagged the player of the match award.

The fourth match of the tournament will be played between PCB Dynamites and PCB Blasters on Sunday. Blasters have won them both matches, to date, while Dynamites are yet to open their account.