PSL 7 tickets to go on sale today at 3pm 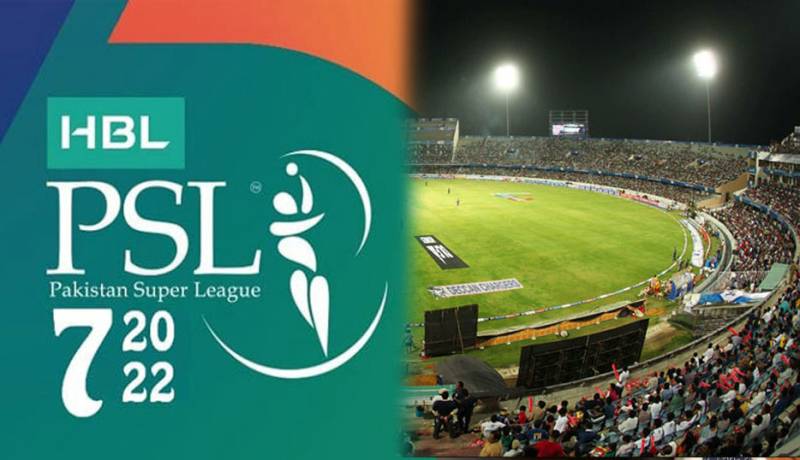 LAHORE – Tickets of the Pakistan Super League (PSL) matches are set to go on sale online today at 3 pm with a minimum price set at Rs500.

Pakistan Cricket Board (PCB) earlier today announced that the sales of the online tickers for the country’s flagship league will begin today.

Cricket fans can get the tickets after 3 pm through cricket.bookme.pk as the board also rolled out the early bird offer, which provides discounted first-class and general enclosure tickets for all early-round matches.

Meanwhile, board officials also set Covid induced rules as immunization certificates are a prerequisite for the tickets. Six tickets can be availed using one CNIC while payments can be made using a credit card, or mobile wallet.

Online sale of #HBLPSL7 tickets to begin today at 3pm.

Fans over the age of 12 need to be fully inoculated while all the ticket-holders will also have to display their immunization certificates and CNIC at the time of entering the venues.

Ticket prices for the first match between Karachi Kings and Multan Sultans have been fixed at Rs 2,500 for VIP enclosure, Rs2,000 for the premium enclosure, Rs1,500 for a first-class enclosure, and Rs 500 for the general enclosure.

For the Gaddafi Stadium, fans can also get tickets for Wasim Akram and Waqar Younis Enclosures, which have been reserved as Hospitality Stands. The price for these Enclosures ranges from PKR4,000 to PKR7,000, depending on the day and match.

LAHORE – The seventh edition of the Pakistan Super League (PSL) will take place from January 27 to February 27, ...

Earlier, Pakistan’s top monitoring body allowed 100 percent attendance, on December 30, 2021, for the matches but that is likely to be reduced bearing in mind the increasing Covid-19 cases.

The seventh edition of the Pakistan Super League will take place between January 27 and February 27 in Karachi and Lahore. The season will begin at Karachi’s National Stadium where the first 15 matches will take place. On February 10, the league will move to Lahore’s Gaddafi Stadium.