Qatar, US sign agreement to step up Doha’s efforts to fight against terrorism 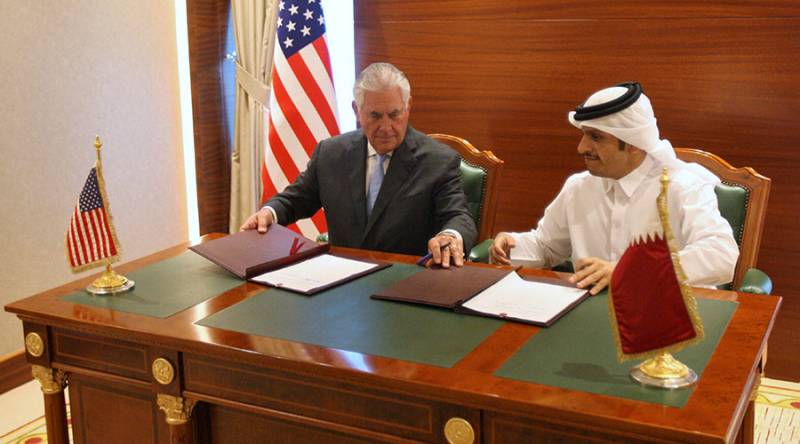 DOHA - The United States and Qatar have signed an agreement to step up the emirate’s efforts to fight terrorism. It comes as Washington tries to mediate in ending other Gulf nations’ blockade of Qatar.

The memorandum of understanding was signed on Tuesday during US Secretary of State Rex Tillerson’s visit to Qatar, where he went to mediate in a month-long dispute between the country and its four neighbors, Saudi Arabia, Bahrain, Egypt and the United Arab Emirates.

Elements of the deal were in the works as far back as a year ago, Tillerson said.

The agreement is not “directly or indirectly” related to the regional powers cutting ties with Doha, claimed Qatari Foreign Minister Mohammed bin Abdulrahman al-Thani. It is a separate, bilateral deal, the minister maintained.

Qatar has been accused of funding terrorism by the four Arab countries, as well as by US President Donald Trump, who in June supported the Saudi-led blockade, calling Doha “a funder of terrorism.”

The US State Department, on the other hand, has called for an easing of the ban, leaving many confused about Washington’s stance.

Qatar has denied being involved in funding terrorism.

The international community is losing patience with the Gulf’s funding of extremist groups, Hammond said earlier, adding that all countries in the region needed to do more on the issue.

“This is a two-way street,” he said. “There are no clean hands.”