Bilawal departs for a week-long visit to US 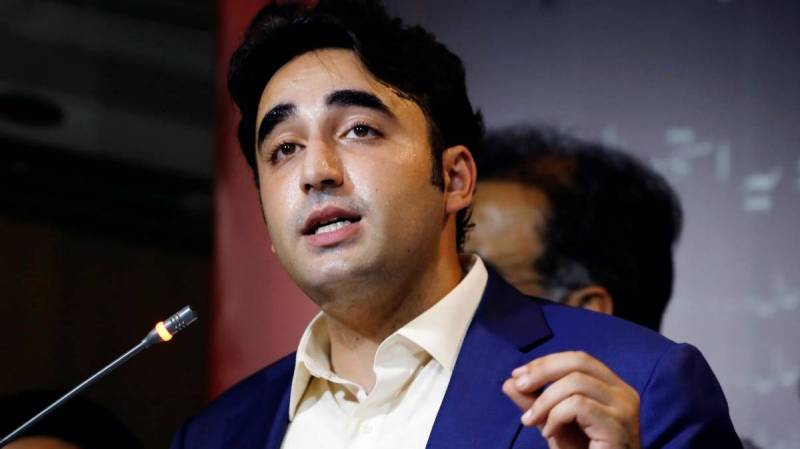 Sources told media outlets that the 32-year-old will hold key meetings in Washington, while Sindh Chief Minister Murad Ali Shah is already in the US. The young Bhutto will take part in a conference and also hold important meetings during the weeklong visit, a party spokesperson told a private news channel.

Meanwhile, during the absence, Bilawal’s sister, Aseefa Bhutto, will lead the party's election campaign in Azad Jammu and Kashmir.

Earlier in a media talk outside the Parliament, the PPP leader told that he had no plans of meeting US President Joe Biden during his visit.

Earlier, Federal Interior Minister Sheikh Rashid Ahmed, while reacting to news of Bilawal's travel abroad, said that the PPP chairman can visit the United States as many times as he wants but Prime Minister Imran Khan will complete his 5-year term no matter what.

Interior Minister Shaikh Rashid also commented on the matter. It makes no difference to PM Imran Khan even if the PPP chairperson visits the US twice or even thrice, adding that Khan will complete his five-year tenure, Rashid told media.

He also lashed at Pakistan Democratic Movement (PDM) leadership saying that the alliance has 'finished'.

Prime Minister's aide, Dr. Shahbaz Gill, also accused the PPP of trying to seek a backdoor deal with the US through this visit. PPP chairperson will derive nothing of benefit from his trip, Gill opined.

Meanwhile, PPP leaders slammed government officials, alleging that ‘puppet rulers’ are afraid of Bilawal’s visit to the US and so they were creating unnecessary rumours.