WATCH – Sarah, Falak hint towards a surprise for fans on first wedding anniversary 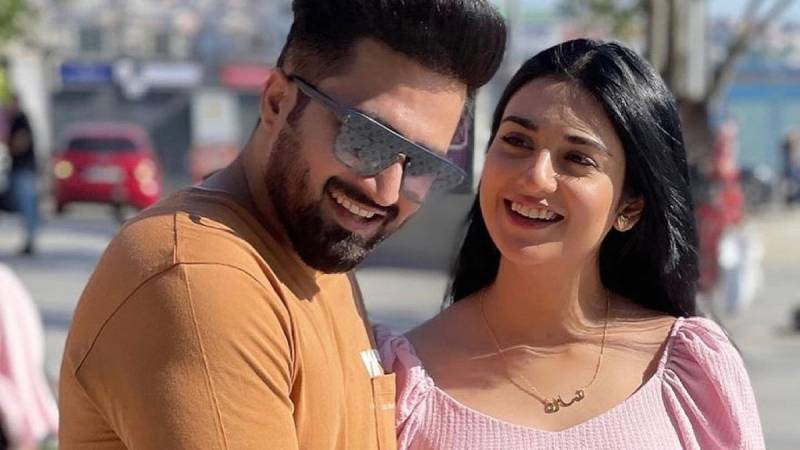 KARACHI – Pakistani celebrity couple Sarah Khan and Falak Shabbir are excited to make their fans a part of their celebration as the duo planned a surprise for them on the occasion of their first wedding anniversary.

Khan in a recent clip expressed gratitude to her fans for making Raqs e Bismil a success as it garnered a huge fan following in a short span.

The 28-year-old in the short video, which was shot by her husband, seems delighted about her fans for commending the end of the hit drama serial.

However, the ‘excited’ duo ended the clip on a surprise note for their fans on their first anniversary which is on 16th July [Friday].

Reports in local media suggest that Khan will be seen next in Laapata co-starring Ayeza Khan, Ali Rehman Khan, and Gohar Rasheed.

In April, Khan confirmed that she is expecting her first child with her husband Falak Shabir. Taking to Instagram, the stunner shared the news with a photo of a rose along with a Quranic verse about pregnancy, prompting fans to shower her with congratulatory messages.

Pakistani singer and songwriter Falak Shabir has left his fans speculating he and his wife Sarah Khan, a celebrated ...