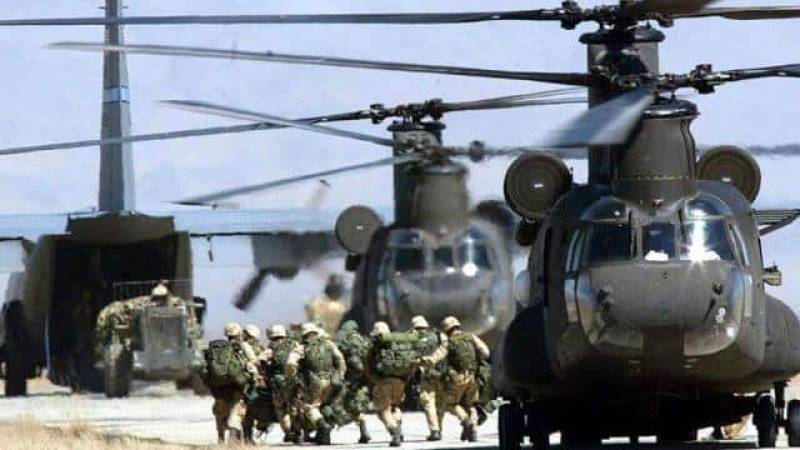 KABUL – Indian authorities have airlifted around 50 diplomats and security personnel from Afghanistan as the Taliban capture more provinces in the war-torn country.

Reports in Indian media quoting diplomatic sources said staff of the Indian embassy has been evacuated amid the deteriorating security situation while the emergency services of the consulate remain partially operational.

The evacuated staff including diplomats, support staff, and guards from the Indo-Tibetan Border Police, was flown to the Indian capital by special Air Force planes. A statement issued from Indian foreign ministry said “India is closely monitoring the evolving security situation in Afghanistan. The safety and security of our personnel is paramount.”

It further added that “The Consulate General of India in Kandahar has not been closed. However, due to the intense fighting near Kandahar city, India-based personnel have been brought back for the time being.”

“The Consulate continues to operate through our local staff members”, it further stated.

MOSCOW — The Afghan Taliban said on Friday that 85 percent of Afghanistan's territory was under their ...

Meanwhile, the insurgent group captured more regions to regain control over the war-torn country as the United States pulls out its forces after two long decades.

Earlier, the Taliban officials claimed that they had taken control of 85 percent of the territory in Afghanistan, while international concern mounted over problems getting medicines and supplies into the land lock country.

On Saturday, China also evacuated more than 200 nationals from Afghanistan as US troops almost complete from the war-torn country. Reports in international media quoting Chinese daily Global Times said that a flight of Xiamen Airlines brought home 210 Chinese nationals from the Afghan capital.

BEIJING – In the wake of a rise in violence, Beijing has evacuated more than 200 nationals from Afghanistan as US ...