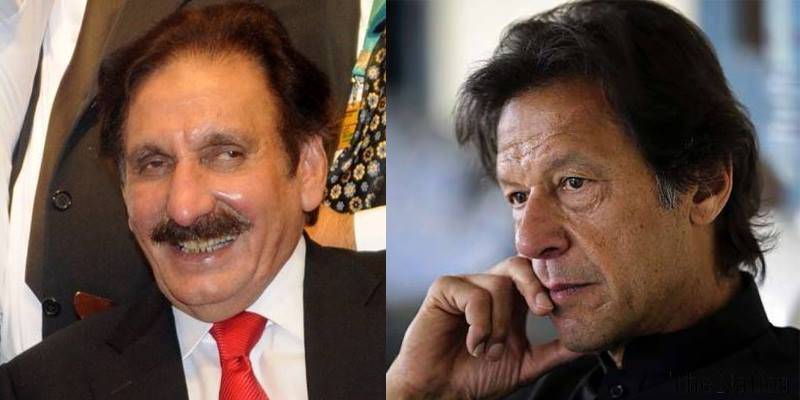 ISLAMABAD - Former Chief Justice of Pakistan, Iftikhar Muhammad Chaudhry has said that he will file a case against Pakistan Tehreek-e-Insaf chief Imran Khan over allegations that he fathered a “love child”.

In an interview to a private TV channel on Sunday, the former top judge claimed that he has evidence to show Khan's admittance that he is in fact the father of Tyrian White.

The legal expert said that there was a precedent for politicians to be disqualified for dishonesty under Article 62 (1)(f), adding that he believed Khan should not be considered ‘sadiq and ameen’ in terms of the Constitutional article, citing documents which confirm the parentage of Tyrian White.

“Khan has mentioned his sons in his nomination papers but made no mention of his daughter. We shall take the case against him in the Supreme Court if the returning officer or the election tribunal fails to act accordingly,” he threatened.

Chaudhry questioned how Khan could go around the world and advocate justice when “he is not even willing to recognise his own daughter”.

Iftikhar Chaudhry claimed that the issue has never been raised before a court in Pakistan but hastened to add that now it should be adjudicated on.

When asked about the time aspect of the case, Chaudhry said time is not a factor because politicians must always be answerable and accountable to the people.

Tyrian White, believed to be 26 now, is the daughter of the late British socialite Sita White. The lady had won a default judgment in a paternity suit against Imran Khan in a Los Angeles court in 1997. The decision came after Khan refused to provide his DNA samples to prove or disprove paternity.

"Yes, I'm just very happy that this judgement was entered. This is an important day for my child and I think that Mr Khan should make an apology to the people in Pakistan for running his campaign on a lie. I think it's time for him to take responsibility for his child and I'm just extremely happy and I'm glad I have my lawyers working for me." Sita had told media.

After the 'damaging' verdict, Khan had told US media that he would be willing to undergo a medical test in Pakistan and would accept the decision of a Pakistani court. The cricketer-turned-politician argued that he was not a resident of California or England.

Jemima Khan had termed Sita White her 'stepdaughter' in a picture uploaded in 2017, though Imran Khan denies allegations levelled against him in this regard.

Pakistan Tehreek-e-Insaf spokesperson, Fawad Chaudhry said that there was nothing in what Iftikhar Chaudhry said but a desperate bid to get attention ahead of general election.

When asked about his comment on Iftikhar Chaudhry’s announcement to field his party candidates against Imran in all five constituencies, he responded by saying let him do so.

“Will he be able to find five candidates to pitch against Imran Khan”? Fawad said in an interview to The News.