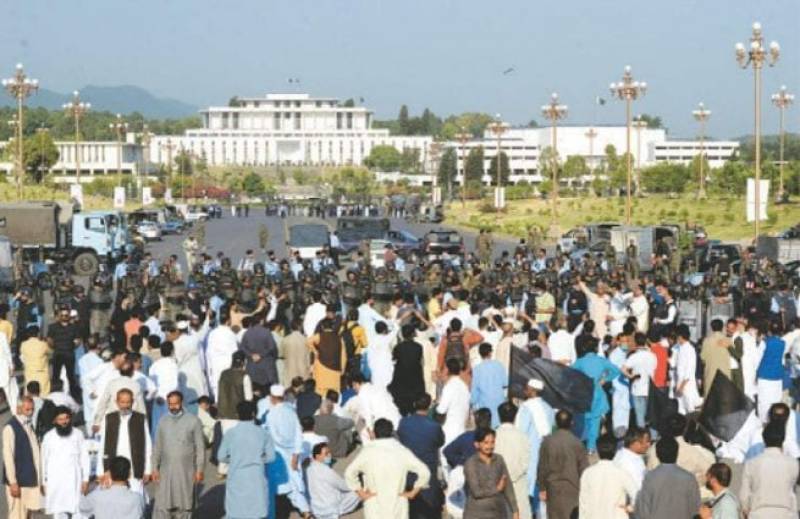 ISLAMABAD – The federal government employees and pensioners have rejected a proposal to raise salaries and pensions by 10% as the PTI-led government presented its third budget in National Assembly on Friday.

Federal Finance Minister Shaukat Tarin tabled the Budget 2021-22 amid rucks by the opposition parties. He announced that the government had proposed 10% rise in salaries and pensions.

But it did not set well with the employees as they staged protests demonstration outside the National Assembly with some saying as, “We reject budget”.

Security outside the parliament has been beefed up in order to avoid any untoward situation.

The protesters are demanding 20% increase in their salaries saying inflation has broken their backbone and they are unable to meet both ends.

ISLAMABAD - The federal government has proposed a raise of ten percent increase in salaries and pensions of government ...