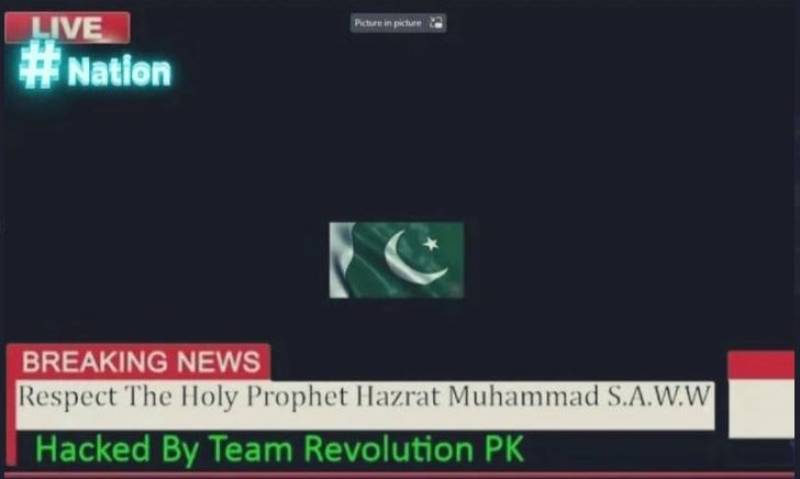 In one of the clips on social media, the Pakistani flag appeared on the channel while ‘Respect Holy Prophet (PBUH)’ tickers flashed during the live stream.

Hackers replaced the live transmission of the Time8 News channel with the Pakistani flag and some other texts for some time.

Following these clips, a hashtag of ‘Revolution PK’ started trending on social networking sites while social media users hailed hackers for the attempt

Meanwhile, the Indian news outlet has yet to comment on the matter, as the clips are doing rounds on the internet.

The hacking attempt comes days after a spokesperson of the Indian ruling party made blasphemous remarks about the Prophet Muhammad PBUH.

NEW DELHI – Indian law enforcers have killed two demonstrators and detained more than 130 others during rallies ...

Deadly protests broke out in the neighboring country while two marchers were shot dead by Indian police.

Cops opened fires during widespread protests erupted across the South Asian country. Masses come to the streets in several cities including the capital New Delhi, and Ranchi as protestors called for the arrest of the members belonging to Modi’s party.

Authorities also cut the internet connections in several cities including Kolkata and imposed a curfew, while contingents of armed forces fired tear gas to disperse marchers in the northern Indian state.

Several countries including Pakistan demanded a public apology, summoned Indian envoys and saw calls for a boycott of Indian products.