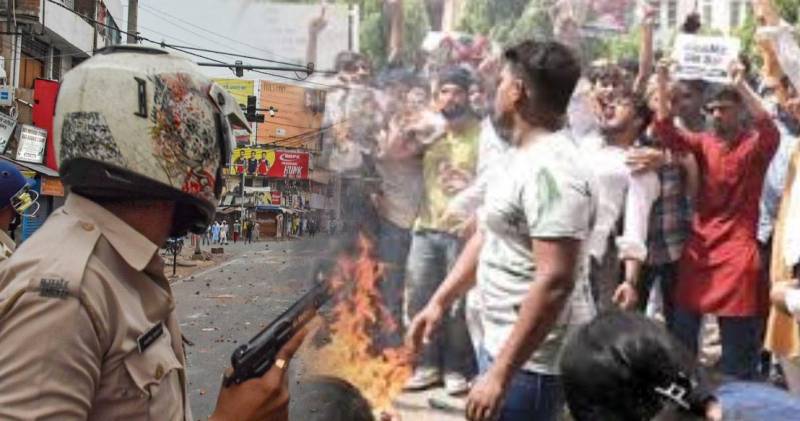 Cops opened fires during widespread protests erupted across the South Asian country. Masses come to the streets in several cities including the capital New Delhi, and Ranchi as protestors called for the arrest of the members belonging to Modi’s party.

Authorities also cut the internet connections in several cities including Kolkata and imposed a curfew, while contingents of armed forces fired tear gas to disperse marchers in the northern Indian state.

Reports in international media claimed that some of the protests ended peacefully while Indian cops alleged marchers of pelting stones and violence.

Blasphemous comments by the representatives of the Modi party angered Muslims in India and abroad. Several countries including Pakistan demanded a public apology, summoned Indian envoys and saw calls for a boycott of Indian products.

The right-wing party has suspended spokeswoman Nupur Sharma in response to comments she made during a TV debate while Police have also filed a complaint against her for inciting people on divisive lines.

Indian ruling party has been accused of championing discriminatory policies toward Muslims since coming to power. The modi-led government proposed a controversial law that granted citizenship to refugees in South Asian nation, but not if they are Muslim.