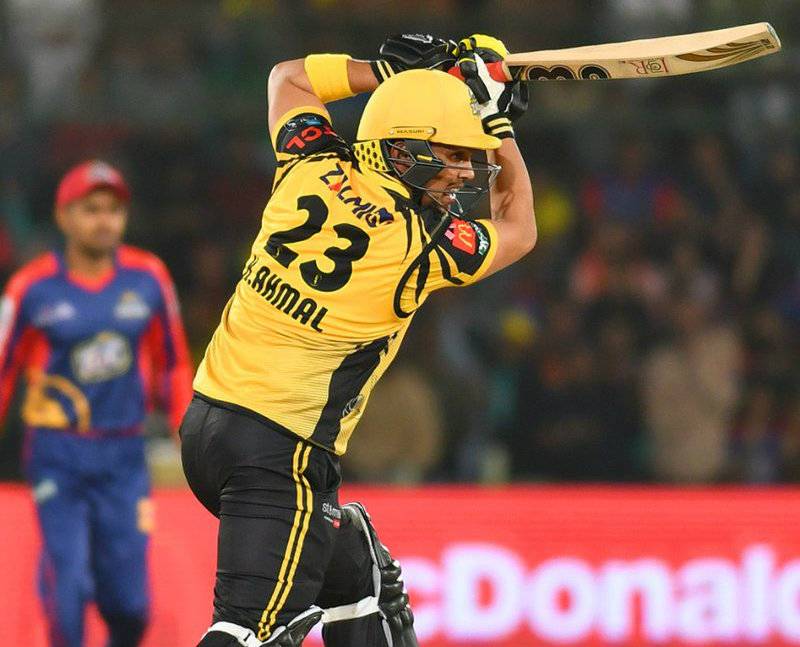 KARACHI - Peshawar Zalmi outclassed Karachi Kings after registering a 61-run win in the 30th match of the Pakistan Super League (PSL) at the National Stadium on Monday.

Kings were blown away by Darren Sammy-led Zalmi at their home-ground in chase of a huge total of 202 runs. The Imad Wasim-led team were all out for 142 in the 17th over.

Zalmi had a great start but Kings bowler led by Amir staged a fightback. We are set for the second half of the game, should be a THRILLER!
LIVE: https://t.co/AvvNVO1kH6#HBLPSL #KhelDeewanoKa #KKvPZ pic.twitter.com/7strV3sdme

Earlier, Kings had decided to field first after winning the toss.

Lahore Qalandars and Multan Sultans are already out of the PSL 2019 race. Quetta Gladiators, Peshawar Zalmi, Islamabad United and Karachi Kings are safely through to the playoffs.