With the traditional way of proposing abruptly evolving in Pakistan under the influence of foreign cultures, young people tend to find the most unique way to express love for one another.

In a latest scene, a viral video of a girl proposing to man she adores while getting down on her knee has shocked the internet.

While the notion of a girl proposing to a boy is not new, it is still quite rare in our society. The viral video that has been thrust into the spotlight started making rounds on the Facebook page of the University Of Lahore (UOL).

In a short viral clip, we get a glimpse of a young woman who goes down on her knee with a bouquet in her hands. The girl then says something but her voice gets drowned in the cheering crowd who is busy gushing over the lovebirds. Next, the couple embraces and the video ends.

A post shared by University of Lahore | uol???? (@uol_inside)

While the super adorable reaction is definitely winning hearts, the girl is definitely shattering stereotypes that suggest that the only way to find your soulmate is if men make the first move.

A post shared by University of Lahore | uol???? (@uol_inside)

The Internet is divided over their opinion of the public display of affection. A group of keyboard warriors believe that such proposals are not acceptable within Pakistan and have deemed the proposal disgraceful.

Some believe that this proposal is the exploitation of co-education in universities. Others just find it empowering since its high time people don't shy away from taking decisions of their life. 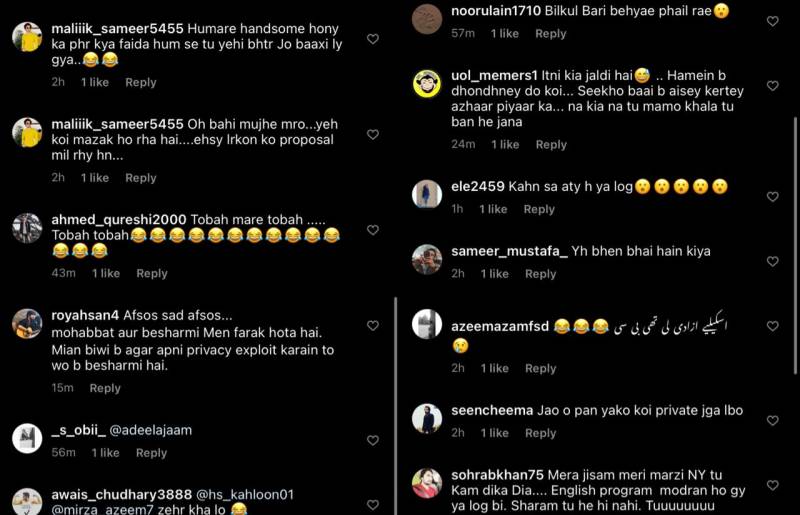 LAHORE – Rishta aunties and uncles are so yesterday. Here’s the modern way of finding your soulmate. Go ...