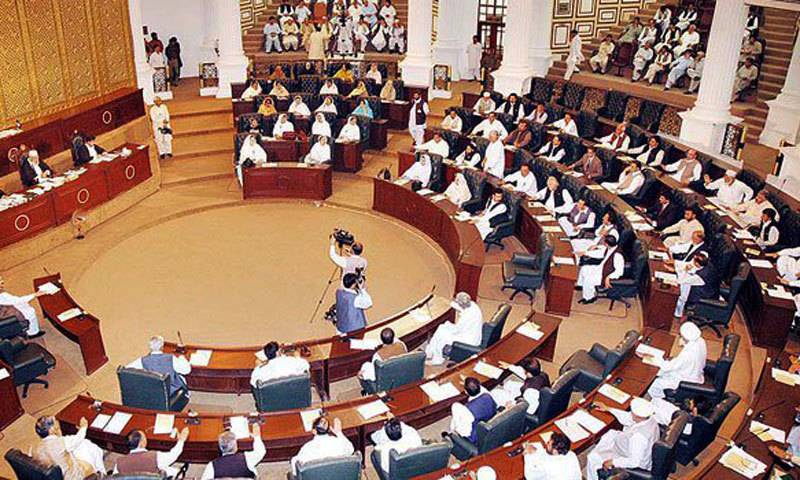 PESHAWAR (APP)  - Cricketing star Younis Khan led members of the Khyber Pakhtunkhwa team that won the Pakistan Cup to call on the Speaker KP Asad Qaiser at the Provincial Assembly on Wednesday.

"I am honored to have selected a team that won the prestigious Pakistan Cup," Younis said. He said that players like Imran Khan, Junaid Khan and Fawad Khan had started their cricketing careers from a remote villages in the districts of Swabi and Swat and had succeeded at both the national and international levels due to their talent and dedication.

Speaking Asad Qaiser paid tribute to the cricketers who were part of the victorious team. He said that the government was very keen to provide playing fields at union council, tehsil and district levels.

Opener Ahmad Shehzad on this occasion said that KP is full of talent and that he enjoyed playing  alongside his teammates.

He also expressed hope that international cricket would soon come to Pakistan. It is worth mentioning here that Khyber Pakhtunkhwa won the Pakistan Cup 2016 after comprehensively beating Punjab in the final match by a massive margin of 151 runs.

KP team led by star batsman Younus Khan including Mohammad Asghar, Fakhar Zaman, Musaddiq Ahmed, Zohaib Khan and Faheem Ashraf. Pakistani leg-spinner Yasir Shah made a return to competitive cricket as he bowled quite well for Khyber Pakhtunkhwa in the domestic One Day Tournament. Abdul Rehman and Kabir Khan served as coach for the KP side.