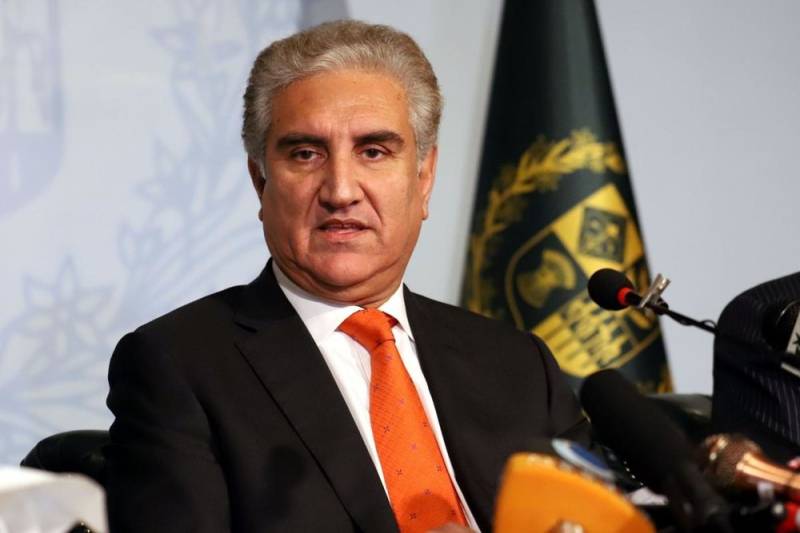 The minister while urging the news conference urged the international community to take measures to get stopped the Israeli atrocities against Palestinians and their forced evictions from their homes.

Referring to his telephonic conversation with his Turkey counterpart, the Foreign Minister said Mevlut Cavusoglu is in Saudi Arabia and during talks with the Saudi Foreign Minister today, he will propose an emergency ministerial level meeting of the OIC in order to raise voice on the Palestinian issue.

The foreign minister said that Pakistan would welcome the third-party facilitation by Saudi Arabia or any other country for talks with India.

He said that Pakistan is ready to accept mediation but India has always shied away from it, adding: “We will welcome Saudi Arabia’s role to facilitate talks with India”.

He recalled that the ceasefire agreement between both nuclear power was welcomed by the world, including Saudi Arabia.

He has emphatically stated that there is no change in Pakistan's historic and principled position on Jammu and Kashmir dispute.

He said Jammu and Kashmir cannot be an internal issue of India as it is on the agenda of the UN and there are several Security Council resolutions on it.

The Foreign Minister said Pakistan and Kashmiri people have totally rejected the illegal steps taken by India on the 5th August 2019. He said Pakistan has raised its voice on the matter at all the international forums.  He said there is no ambiguity in Pakistan's stance on the lingering dispute, Radio Pakistan reported.

Shah Mahmood Qureshi said at present no talks are taking place with India. He however said talks can take place if India revisit its policy in the occupied Kashmir.

ISLAMABAD – Prime Minister Imran Khan on Tuesday reiterated his resolve that until India reverses its August 5 ...