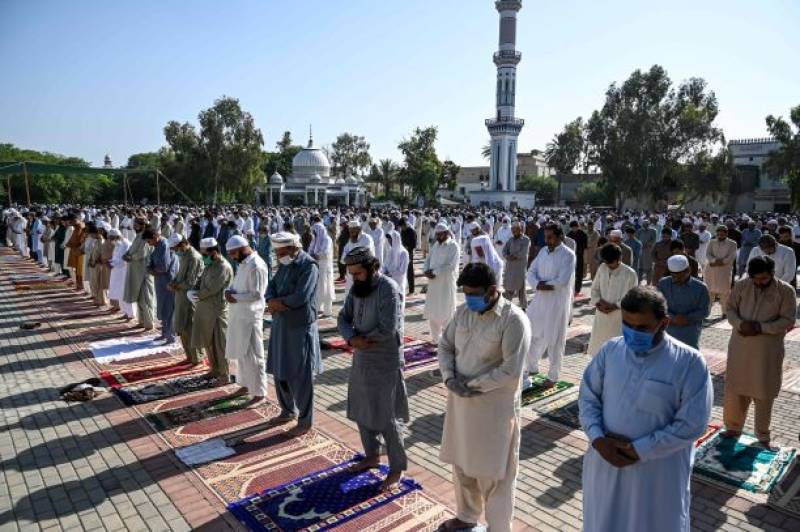 ISLAMABAD – The National Command and Operation Centre (NCOC) Tuesday announced strict guidelines and safety protocols for holding Eid-ul-Fitr prayers across the country in a bid to stem the spread of COVID-19.

As per the guidelines, Eid prayers should be held at open spaces with strict implementation of Covid protocols.

If Eid prayers are held in Masjid then windows and doors should be kept opened for good ventilation to reduce risk of the spread of infection.

The NCOC has suggested that the prayers should be held two to three times separately in order to avoid huge gatherings.

The clerics and religious leaders are advised to keep the Khutba (sermon) brief in order to reduce the prayer timings as Pakistan faces third wave of the pandemic.

The sick, elderly and children under 15 years of age have been refrained from attending the Eid prayers.

The worshipers have been asked to bring their own prayer mats and also perform wudhu (ablution) at home.

The safety protocols also underscored to discourage socializing or embracing and hand shakes at the venue after prayers.

However, no gathering is allowed before and after the prayer usually observed after Eid prayers.

ISLAMABAD – At least 113 people lost their lives due to the third wave of the novel coronavirus infection while ...