No talks with India until it restores Kashmir’s special status: PM Imran 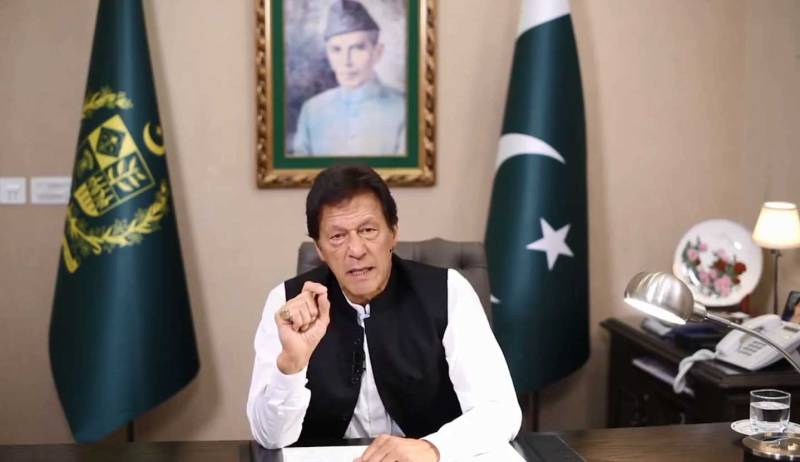 ISLAMABAD – Prime Minister Imran Khan on Tuesday reiterated his resolve that until India reverses its August 5 decision of scrapping Article 370, the government of Pakistan will not hold any dialogue with New Delhi.

He was responding to public queries via telephone. The programme Aapka Wazir- e-Azam Aap Kai Sath is broadcasting live on national television.

Minister Imran Khan categorically stated that no relaxation or NRO would be given to any mafia or corrupt elements. He, however, assured that no injustice would be done with anybody.

The prime minister expressed the optimism that his struggle against corrupt mafia and for the establishment of rule of law will succeed, which will turn Pakistan into a great nation.

He asked the people to stand by his struggle which is aimed at bringing the powerful under the law.

Imran Khan said he also waged a war against the land grabbers and noose has been tightened against them. He said twenty one thousand acres of land valuing twenty seven billion rupees has so far been recovered.

When asked about the price hike, the Prime Minister said he has brought Shaukat Tarin as the Finance Minister with the responsibility to bring down the prices of essential commodities and take the economy towards growth. He said we have kept the petrol prices and diesel lower as we realize that no more burden can be put on the masses.

Khan has been regularly engaging with the general people who pose different queries about national, global, and other problems.

ISLAMABAD – Prime Minister Imran Khan in another session will take phone calls from the public on May 11. Taking ...

Earlier, PM took calls from people during a telethon on April 23, 2020, to raise funds for the people affected by the coronavirus lockdown. Since then, the premier has answered public queries on February 1, 2021, and April 4, 2021.