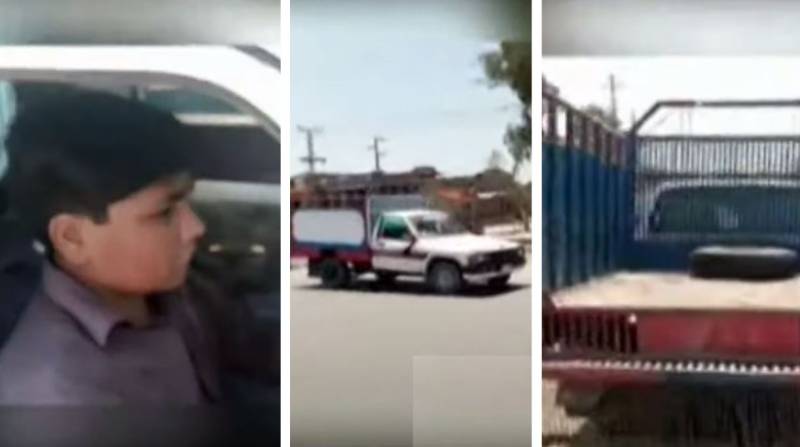 KARACHI – In another case of underage driving, a nine-year-old boy was spotted driving a carriage truck on the roads of the third largest city in Sindh.

The boy was driving a loading truck in a busy vegetable market of Sukkur city and as captured in the footage he seemed to be hired to deliver goods in the market.

As soon the passerby started filming the young driver, he pressed the gas pedal and managed to escape from the spot.

According to the report of a private news channel, residents told them that the child was driving the carriage truck for a long time. The traffic authorities failed to take any action despite having risks of fatal road accidents due to underage driving.

Earlier in March, the footage of a young boy was surfaced in which another man was spotted on the front passenger seat watching the minor driving the customized vehicle.

LAHORE – In another case of underage driving, a minor boy was spotted driving a sedan on the roads of Punjab ...

Before that, a minor boy was spotted driving a full-size SUV jeep on Multan’s busiest road in January.