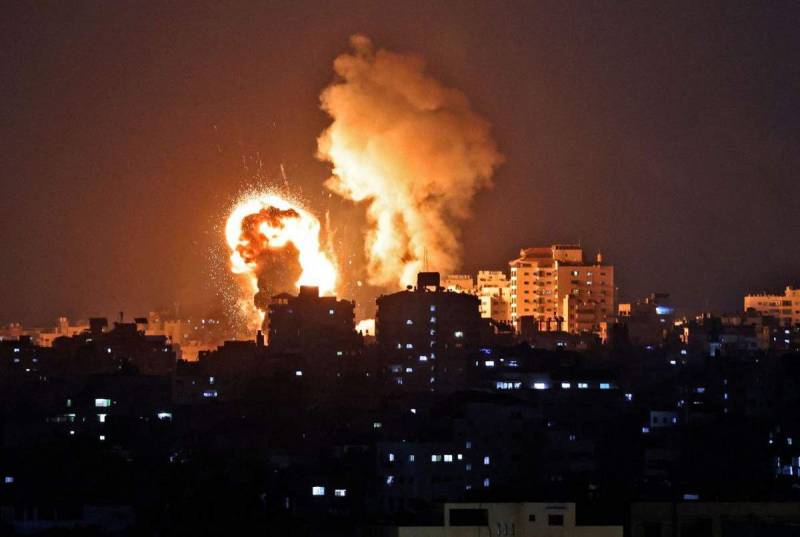 At least 22 Palestinians were martyred including nine children, as Israel launched military strikes in Gaza following heightened tensions between the law enforcement agencies in Jerusalem with Palestinian civilians.

Violence has spiralled since the Israeli police attacked unarmed Palestinians praying in the flashpoint Al-Aqsa mosque compound, wounding hundreds of Palestinians in the process.

On the other hand, Israel claimed it had struck 130 “military targets” in Gaza and had taken out 15 Hamas and Islamic Jihad operatives.

“According to our current estimates we have killed 15 Hamas and Islamic Jihad operatives,” he said.

Shortly after the deadline expired, there were reports of rockets being fired into Israeli territory.

Israeli military spokesperson Conricus said Israel could not yet confirm or deny that its strikes caused civilian casualties in Gaza strip.

Tensions in Jerusalem have flared since Israeli riot police attacked Palestinian worshippers on the last Friday of Ramadan in the city’s worst disturbances since 2017.

Nightly unrest since then at the Al-Aqsa compound has left hundreds of Palestinians wounded, drawing international calls for de-escalation and sharp rebukes from across the Muslim world.