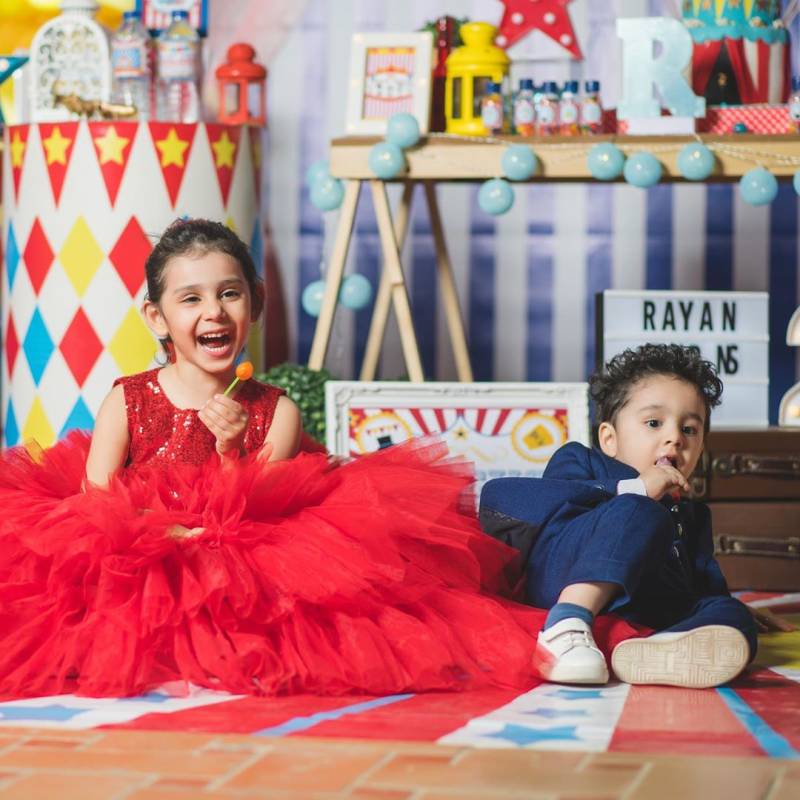 Danish and Ayeza had shared some stunning photos of themselves along with their beautiful children from the birthday bash to raise the heartbeats of their hundreds of admirers.

LAHORE - Pakistani famous TV actor Adnan Siddiqui has recently shared a video on his Instagram in which singer ...

Ayeza and Taimoor are among the only few couples of Pakistan's entertainment industry who shared their life events on social media on a regular basis.

Recently, the duo celebrated 2nd birthday of their Son Rayan. While Ayeza, who embroiled in controversy for playing a negative character in 'Mere Pas Tum Ho', posted some pictures of the event, looking gorgeous in a navy blue gown whereas, Taimoor donned a western-style formal dress.

Let's have a look at some of the beautifully captured pictures from Rayan's 2nd bash:

Such a beautiful dress! Love the color, the interesting detailing, everything is fabulous. @mansoorakramcoutureofficial @aminayasmeenofficial Thankyou so much 💕🙏

Here, wishing a blessed life ahead to the lovely family.