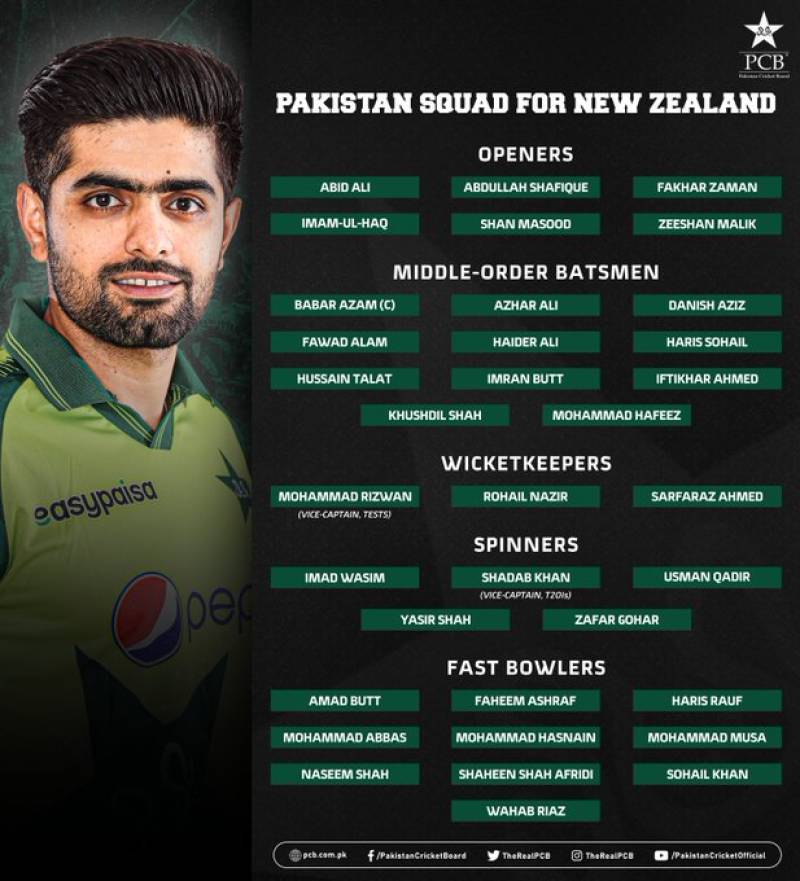 The players, along with 20-member players support personnel, will depart for Lincoln on 23 November where they will spend the mandatory 14-day quarantine period.

While the Shaheens schedule is yet to be confirmed by New Zealand Cricket, Pakistan men’s national team will play three T20Is on 18, 20 and 22 December, and the ICC World Test Championship fixtures will be held in Mount Maunganui and Christchurch on 26-30 December and 3-7 January, respectively.

Babar Azam has been confirmed Pakistan captain in all formats. His vice-captain in Tests will be Mohammad Rizwan, while Shadab will be the vice-captain.

The PCB has also appointed Rohail Nazir as Shaheens’ captain with Haider Ali as his vice-captain. The two had performed these responsibilities at this year’s ICC U19 Cricket World Cup in South Africa earlier this year.