22 killed as building collapses in China 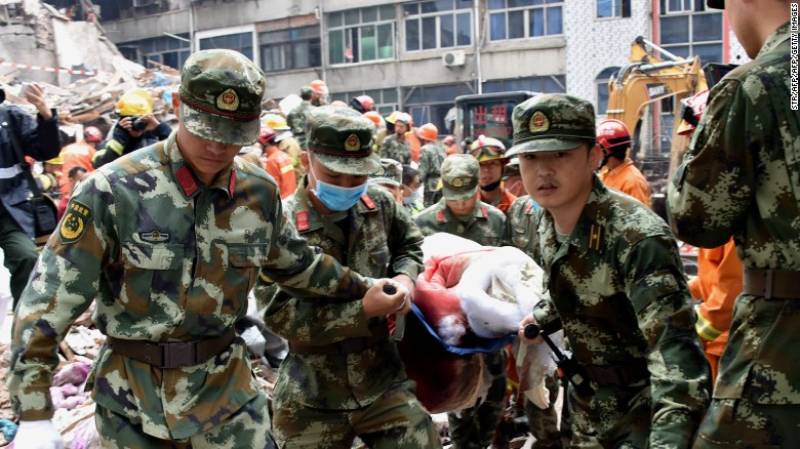 BEIJING(Web Desk) - As many as 22 people have been killed after a group of  residential buildings collapsed in eastern china here on Monday.

According to media reports,  four buildings in Wenzhou in Zhejiang province reduced to rubble.

The buildings were erected in 1970 by the villagers and were said to be in dilapidated condition. The deceased include many migrants who were occupying rooms on cheap rent. 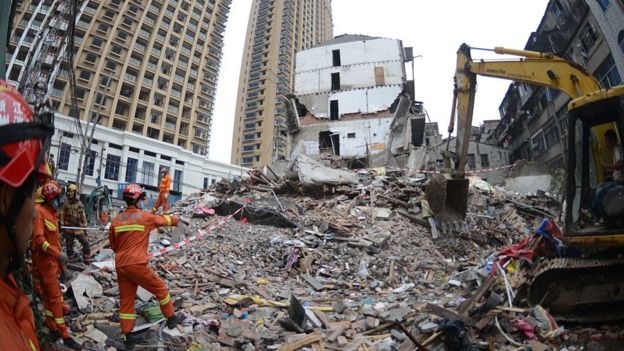 "They lost their lives to take advantage of cheap rent. It is horrible," Guo Lin, a witness told news outlet China News Service.

Six individuals were pulled out of rubble alive during rescue operation which concluded at about 1 a.m.