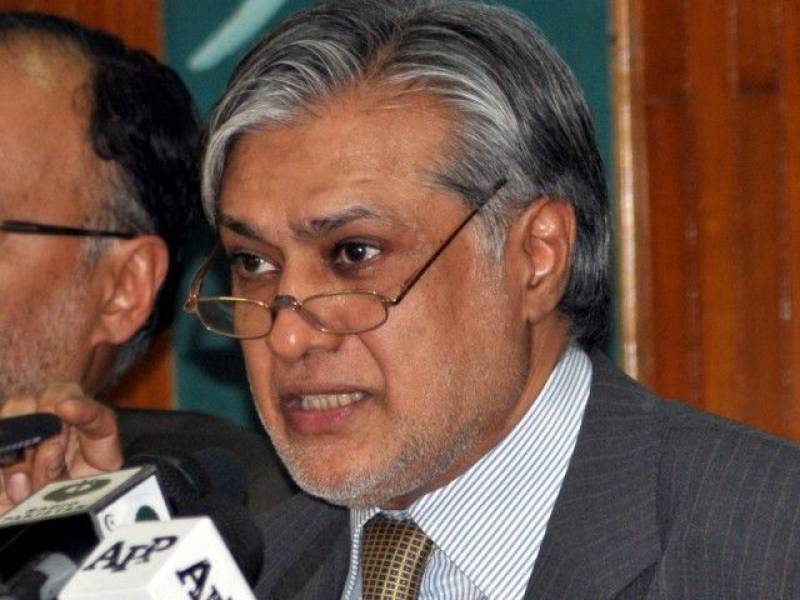 LAHORE - Federal Finance Minister, Senator Ishaq Dar said on Tuesday that Pakistan’s economy was at take off stage and all economic indicators moving in the right directions.

Speaking to the media here at the Ghussal Ceremony of Mazar Hazrat Data Ganj Bukhsh (RA), he stated that Pakistan’s future was really smart and it would shortly emerge as a stiff and highly regarded economic state in the universe.

Ishaq Dar said that some negative forces did not desire to see development, advancement and prosperity in Pakistan, however, the present government was dedicated to taking away all obstacles in the growth process of the state, and it would not let these forces succeed in carrying out their nefarious plans.

The Finance Minister stated that the incidence of terrorism had been scaled down substantially and the menace would soon be eliminated out from the country.

He called upon all segments of society to play their due role in the progress of the country and serve their motherland as adoration, asserting that transperancy and good governance in the country must be ensured at all levels.

Ishaq Dar said that Islam was a religion of love, peace and brotherhood, and Hazrat Data Ganj Bukhsh (RA) had always advocated the message of peace.