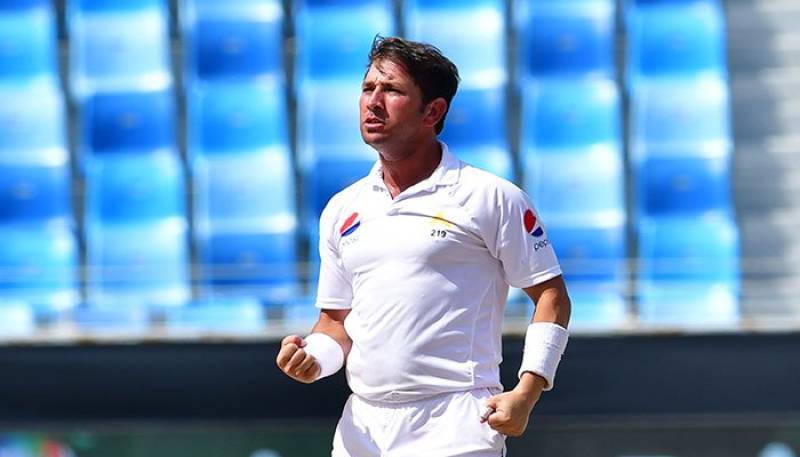 DUBAI - Australians turned their defeat to a draw against Pakistan as Yasir Shah struck late in the first Test in Dubai on Thursday.

Shah ended opener Usman Khawaja's fighting innings at 141 and then removed Mitchell Starc and Peter Siddle in quick succession to reduce Australia to 333-8, keeping Pakistan's victory hopes alive till the last over of the final day.

Earlier, Pakistan had declared their second innings at 181 thus setting a target of 462 runs to win. In reply, Australia managed 362 runs on the loss of eight wickets. 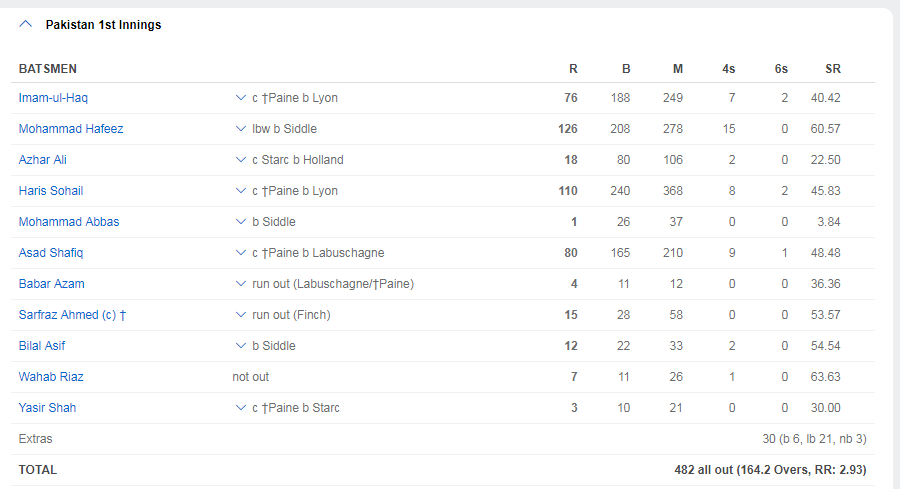 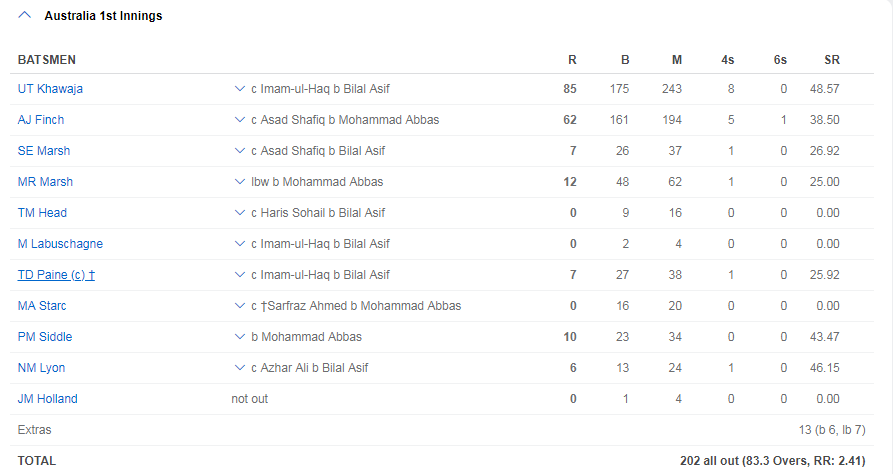 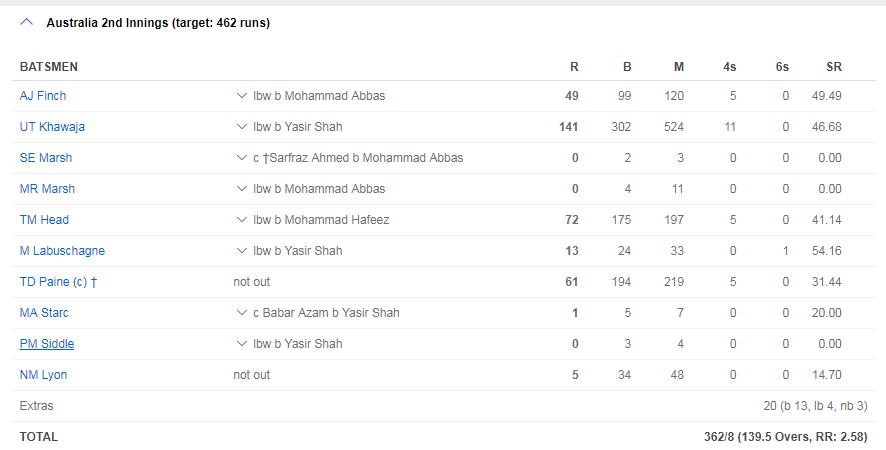 But Nathan Lyon and skipper Tim Paine batted out the crucial last overs to engineer Australia's escape from defeat. Australia were set a daunting 462-run target by Pakistan in the second innings.

Pakistan failed to get a single wicket in the first session after Australia resumed at 136-3. Khawaja took a single to short mid-wicket off to Mohammad Hafeez to complete his century.

No team has successfully chased more than the 418-7 West Indies made against Australia in the Antigua Test in 2003.

Pakistan had expected early wickets after jolting Australia to 136-3 at the close on the fourth day, but nothing worked for skipper Sarfraz Ahmed, who made multiple bowling changes.

Pakistan could have had Head leg-before off leg-spinner Yasir Shah on 44, but Sarfraz did not review English umpire Richard Kettleborough´s not out decision when replays showed the ball hitting the wickets.

Pakistan were only rewarded after lunch when they took the second new ball as soon as it was due and Hafeez trapped Head leg-before with the first ball.

Yasir Shah took four wickets in the second innings, with Abbas close behind with three.