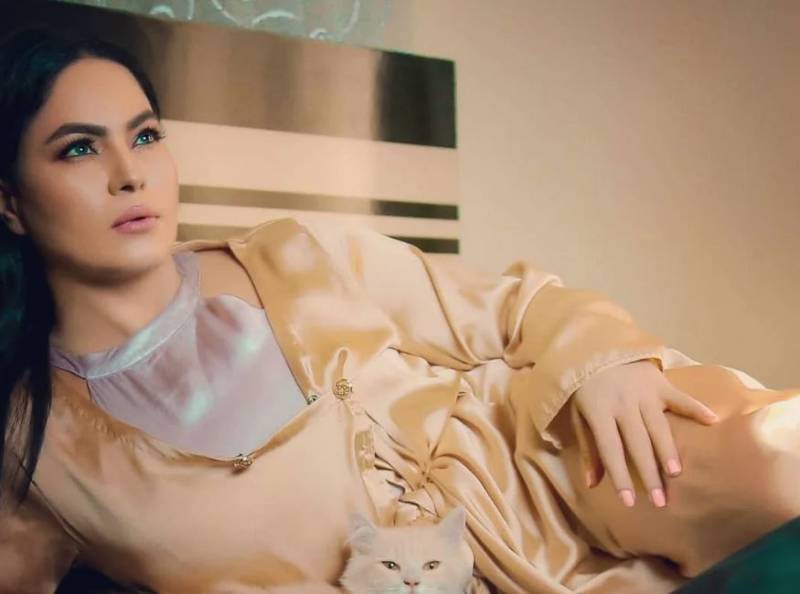 LAHORE – Famed Pakistani actor Veena Malik, who is in isolation, took to her social media to share various moments she is missing after contracted the novel coronavirus.

The TV host penned down her thoughts, saying she misses the 'small, intimate moments' in life as she is in quarantine.

“The little things matter who know I would miss that Starbucks coffee or those grocery runs the most?  In our hyperactive world, it's easy to take things and moments for granted hanging out with friends, spending time with family, going out to a restaurant, interacting with friends and family”, she captioned the post while posting a couple of mask-wearing pictures.

The note further added “As soon as COVID-19 cut us off from the world, these tiny nuances became ever so important. Suddenly, I found myself craving a frappuccino from Starbucks or yearning for a trip to McDonald's. Suddenly, amidst the isolation, I cherished the "hello" and "have a good day" exchanged between my neighbor and I on our daily walks. I had always been so caught up in the grand events of life that I forgot how meaningful the small, intimate moments were too”.

The 37-year-old also urged everyone to take precautions against the novel disease.

Earlier, the controversial star shared a post to inform his fans about his health. She posted some of her photos on Twitter in which she can be seen having blood tests at a hospital.

Malik appeared in movies TV shows and other programs from 2002 to 2014, she had also starred in some Indian films and dramas. However, the actor has not worked for quite some time.

Lollywood diva Veena Malik is always the heart of controversies. As she continues to shatter stereotypes, she remains ...