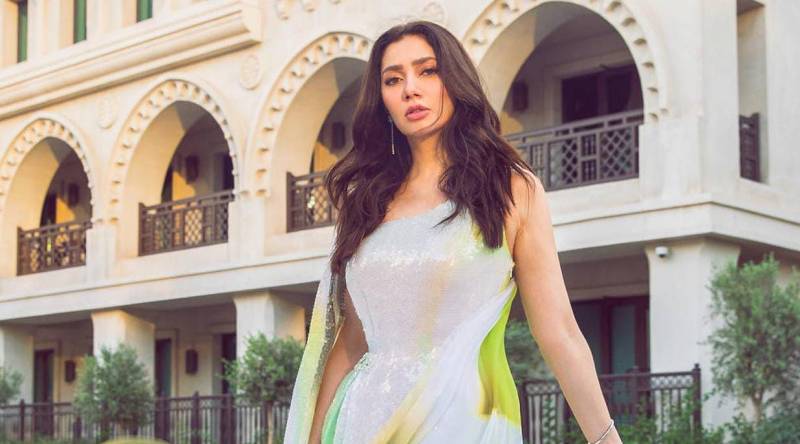 The International Day for Mental Health that falls on 10th October every year is now being observed all around the globe with an unprecedented level of attention and praise. Countries, particularly in South Asia, have started taking notice of mental health as a genuine concern rather than sweeping it under the rug. Pakistani actress Mahira Khan wasn't new to this cause yet the accomplished actress's sweet gesture on an international day garnered appreciation.

The Binn Roye diva was seen spending a day with some children at the Alleviate Addiction Suffering (AAS) rehabilitation center and talked about the journeys. The Humsafar famed actress took it upon herself to raise awareness among her millions of fans around the world and she shared a video of her experience at the facility.

Taking to Instagram, the Raees star wrote, “The stories I heard were heart crushing.. I can’t forget this one boy who had been taking heroin because of his brother — who used to sell drugs. This little innocent boy.. same age as my baby boy.. I could see the trauma in his eyes,” she wrote in her caption. “I will never forget the girl who hugged me and cried.. Helplessly.. She was also a recovering heroin addict who had been gang raped mercilessly. I couldn’t help but cry with her. I am still so angry that she went through that. It makes my blood boil that those men are roaming around free!!”

The Sadqay Tumhare actor added, “There are countless children, women and men suffering in our countries. Battling addiction, battling abuse of all kinds.. I am so grateful for The British Asian Trust and AAS Trust for providing a safe space for them. For treating not only the addiction but the mental trauma that comes with what they have gone through. I know what I have to do.. I hope that I can do it one day InshaAllah,” she added, hinting at continuing the same work at a personal capacity.

Appealing to 9.6 million followers to embrace and empathy, the 37-years-old star stated,  “To all of you, please be kinder than ever, we have no idea what people are going through,” she said, urging them to help in whatever capacity they can. “Please spread awareness and remove any stigma and shame attached to mental illness. Please donate. Please volunteer. Even going and spending a day with the kids brightens up their day.”

Khan concluded the lengthy note with a small prayer, quoting, “I did see a little glimmer of hope.. in their eyes.. I pray and hope to God that each one of them gets back on their feet and can have a future they deserve. InshaAllah.”

A post shared by The British Asian Trust (@thebritishasiantrust)

On the work front, Khan will be seen in The Legend of Maula Jatt slated for a release on 13 October.