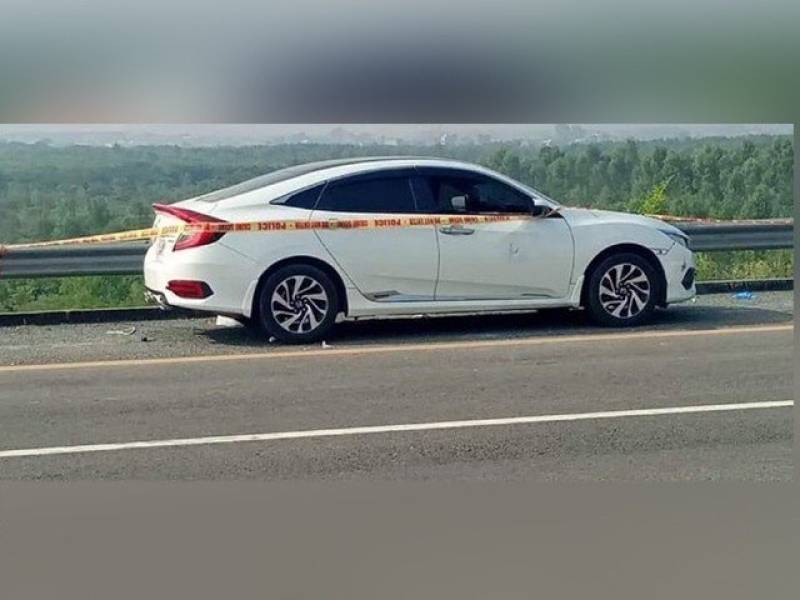 LAHORE - Police have conducted the DNA tests of seven suspects in the motorway gang-rape, the police official said on Friday.

The unfortunate incident of a gang rape of the woman, in front of her children, happened on Wednesday night on the Lahore-Sialkot motorway.

Three different locations are also being analysed through geo-fencing and the identification process is further facilitated by recordings from local cameras, said the police.

As per Tribune report, the first to respond to the victim's call was a Dolphin Force trooper, Ali Abbas. In his statement, he said that the call was received at 2:49 am on the police's 15 emergency number.

He said after reaching the incident site, he searched and eventually saw a child's show. When he proceeded down a ditch, he saw another shoe.

"It was very dark and sensing that the matter was suspicious, we also fired in the air," the English daily quoted the police official as saying.

“When we went further into the bushes, we heard a voice saying 'bhai'. When we approached the voice, we saw the victim with her children wrapped around her. A passer-by had called 15, and had left by the time we arrived," the newspaper report added.

On the other hand, Punjab Chief Minister Usman Bazdar said the case will be solved soon. “Punjab Police has already arrested accused involved in such tragic incidents. We will go to the last limit,” he said. “I assure the affected family that all the requirements of justice will be met. The accused involved in the heinous incident do not deserve any concession.”

On September 9, a woman was travelling with her children when their car stalled in the Gujjarpura area as it ran out of fuel.

She called her relative and sent him her location on the motorway. When the relative reached the location, he saw the woman panic-stricken and bloodstains on her clothes. The windowpanes of her vehicle were also broken.

The woman told the police that she was waiting for her relative to pick her up and her children when two armed men attacked her. One of them struck the car with clubs and the other held them hostage at gunpoint.

The attackers then took her and the children to a nearby forested area where they gang-raped the woman.