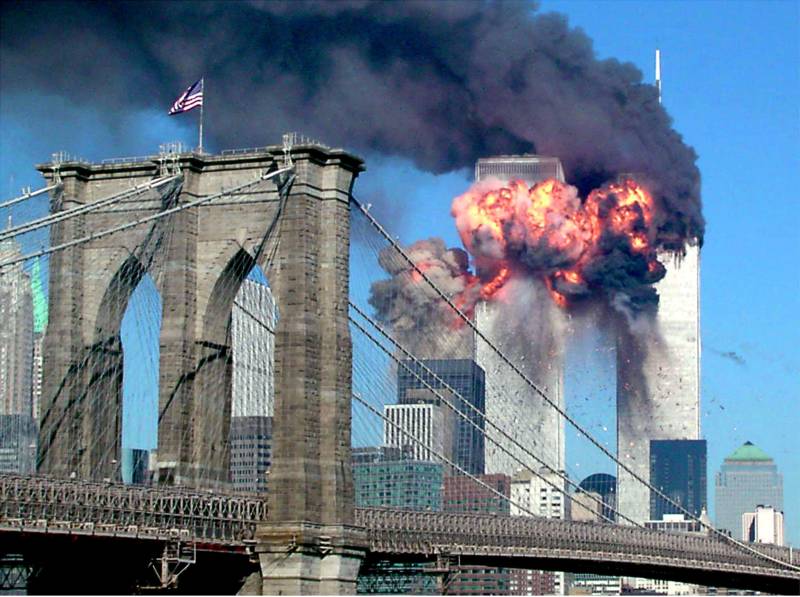 The day remains one of the most distressing of the century, not only for Americans but also for the world as it changes everything especially for the Muslims in the aftermath.

It was four planes flying over the US that were seized by small teams of terrorists which were then used as giant, guided missiles to crash into landmark buildings in New York and the US capital.

Initially, two planes struck the Twin Towers of the World Trade Center in New York. At 08:46 Eastern Time first jet crashed into the tower while the second rammed into the South Tower at 09:03. 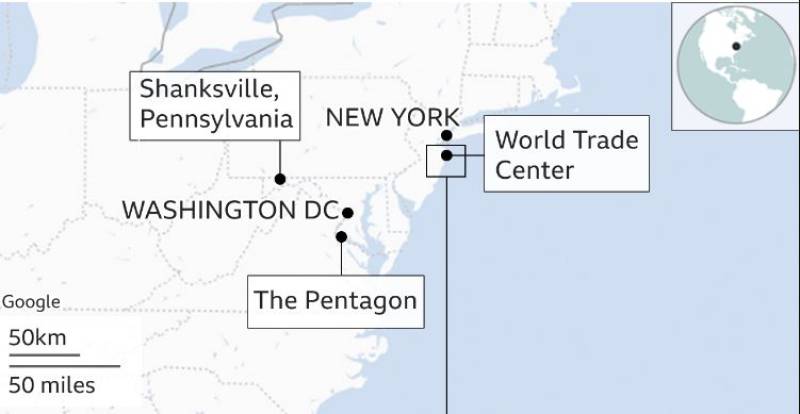 The huge skyscrapers were set on fire, trapping a large number of people on the top floors, and wreathing the city in smoke and within two hours, the 110-story towers grounded.

Following the attacks, at 09:37 the third jet destroyed the giant headquarters of the US military just outside the nation's capital, Washington DC and the fourth plane crashed in a field in Pennsylvania at 10:03 after some passengers retaliated. It is thought the hijackers had meant to attack the Capitol Building in Washington DC. 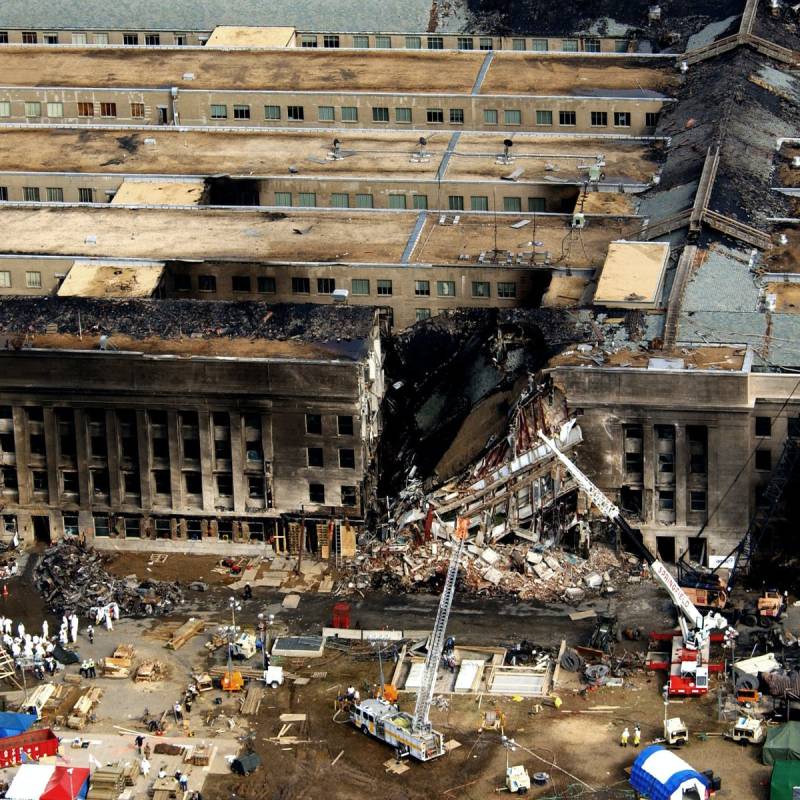 In all of the attacks at least, 3,000 people lost their lives other than the hijackers, most of them in New York.

Reports quoting officials said the youngest victim in the horrific attacks was two-year-old Christine Lee Hanson, who died on one of the jets along with the parents while 82-year-old Robert Norton who was traveling to a wedding, was the oldest in the list.

Citizens of around 77 different countries were among the casualties while NYC lost around 441 first responders.

Meanwhile, a large number of people were injured or later developed illnesses in wake of the attacks, including firefighters who had worked in toxic debris.

A terror network Al Qaeda planned the attacks from Afghanistan which was led by former chief Osama Bin Laden, who blamed the United States and its allies for attacking Muslim countries.

Reports further show that around nineteen people carried out the hijackings, working in three teams of five and one of four – on the plane which crashed in Pennsylvania.

Almost all groups have someone who received pilot training. This was carried out at flying schools in the US itself. Fifteen attackers were said to be from Saudi Arabia. Two were from the UAE, one was from Egypt and one was from Lebanon.

Around a month after the carnage that shook the foundation of the US, former President George W Bush, with the help of an international coalition, led an invasion in Afghanistan to eradicate terror groups who attacked while hunting OBL and it was almost a decade when US troops finally located and killed Bin Laden in Abbottabad.

The alleged planner of the attacks, Khalid Sheikh Mohammad, was also arrested in 2003. He was reportedly held at Guantanamo Bay since then and is still awaiting trial.

Meanwhile, the exhausting fighting against Al-Qaeda is still ongoing as it is strongest in Sub-Saharan Africa and has members inside Afghanistan.

US ends the 20-year war in Afghanistan

US soldiers left war raked Afghanistan last month after nearly 2 decades, stoking fears from many that the terror organizations could make a comeback. Biden had promised to leave Afghanistan by the 20th anniversary of the attacks and said it was unlikely the Taliban could capture Kabul.

Instead, the Taliban went from taking control of their first major city to capturing the capital in less than 10 days.

Meanwhile, US President Biden has urged unity as the US prepares to remember the victims of the 11 September attacks. He paid tribute to the 2,977 people who lost their lives in a clip released on the eve of the 20th anniversary.

"We honour all those who risked and gave their lives in the minutes, hours, months, and years afterwards," Mr Biden added, speaking of the emergency workers who responded to the attacks.

He also mentioned that "No matter how much time has passed, these commemorations bring everything painfully back as if you just got the news a few seconds ago. We learned that unity is the one thing that must never break," he concluded.