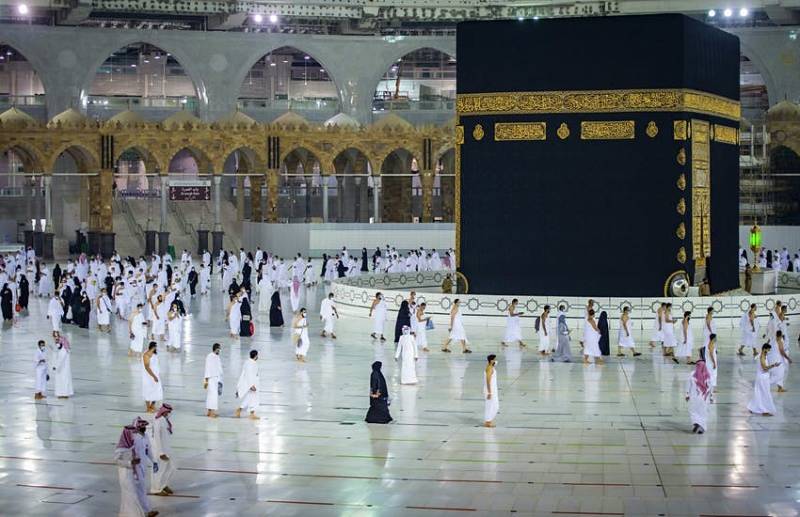 JEDDAH – Saudi Arabia has decided that overseas pilgrims will not be allowed for Hajj 2021 due to COVID-19 fears.

This is for the second consecutive year since the pandemic erupted last year that international pilgrims have been barred from making the pilgrimage.

Only 60,000 pilgrims aged from 18 to 65 will be allowed to perform the annual pilgrimage this year from citizens and residents, the Saudi Press Agency reported Saturday.

“In light of what the whole world is witnessing from the continuing developments of the coronavirus pandemic and the emergence of new mutations, Hajj registration will be limited to residents and citizens from inside the Kingdom only,” the Saudi Hajj ministry announced on Twitter.

The government has said that only people vaccinated against novel coronavirus will be allowed to perform Hajj.

The decision is “based on the Kingdom’s constant keenness to enable the guests and visitors at the Grand Mosque and the Prophet’s Mosque to perform the rituals of Hajj and Umrah,” the ministry said. “The Kingdom puts human health and safety first.”

Normally, millions of Muslims from across the world land in Saudi Arabia for the Hajj – a must for able-bodied Muslims at least once in their lifetime – but the kingdom has put a cap on number of pilgrims to avoid the spread of virus.

In 2020, only up to 10,000 pilgrims had been allowed to perform Hajj as the pandemic was on its peak and experts were struggling for developing vaccine.

Last October, Saudi Arabia relaxed restriction as it opened the Grand Mosque for prayers for the first time in seven months and partially resumed the umrah pilgrimage.

RIYADH – A Saudi Arabia-based astronomer has revealed the most likely dates for Eid Al Adha, which is expected to ...