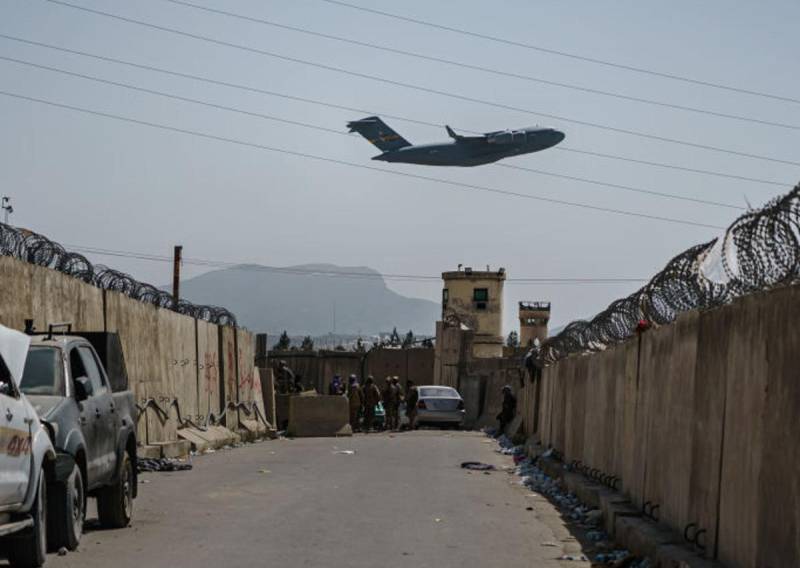 As the US military C-17 took off from the Afghan capital, the last flight concluded a chaotic airlift that evacuated more than 120,000 civilians however thousands of others were stranded in the war-torn country.

The end of the US longest war will be remembered for colossal failures, and a frantic final exit that cost the lives of more than 180 Afghans and 13 US service members, some barely older than the war.

A statement issued by US President Joe Biden said “Now, our 20-year military presence in Afghanistan has ended - the largest airlift in US history”. He further said he would address the nation on Tuesday (today) on his decision not to extend our presence beyond August 31.

US Central Command Chief General Kenneth McKenzie speaking at a briefing said “Every single US service member is out of Afghanistan, I can say that with absolute certainty”. Adding that, “the last US flight out of Afghanistan left at 3:29 p.m. ET, and the heads of the State Department and Defense Department teams were among the last to leave”.

Meanwhile, the US 18th Airborne Corps also shared a picture of the last troop leaving Afghanistan. He was commander of the US Army 82nd Airborne Division.

In awe of our Sky Dragon Soldiers.

This was an incredibly tough, pressurized mission filled with multiple complexities, with active threats the entire time. Our troops displayed grit, discipline and empathy.

Below is a picture of the last Soldier to leave Afghanistan. pic.twitter.com/LnhBGHUf0M

Following the moments of the final US takeoff, the Taliban rushed into Hamid Karzai International Airport and took control of it. Meanwhile, celebratory gunfire echoed across the Afghan capital as Taliban fighters took control of the airport before dawn following the withdrawal of the last US troops.

WATCH: The Taliban celebrate US withdrawal with gunfire. pic.twitter.com/hpXVNQm4ra

Taliban spokesperson Zabihullah Mujahid speaking with an Arab publication said the US had been defeated and the country was now a ‘free and sovereign nation and this victory belongs to us all.

Furthermore, the US departure means that Afghanistan’s airspace is closed, with no air traffic control system in place and no flights coming into or out of the war-torn country.

Earlier, US President noted the adoption of a UN Security Council resolution calling on the insurgents to allow ‘safe passage’ for people still trying to leave the land lock country. Britain and France also push for the UNSC resolution, which had US backing.