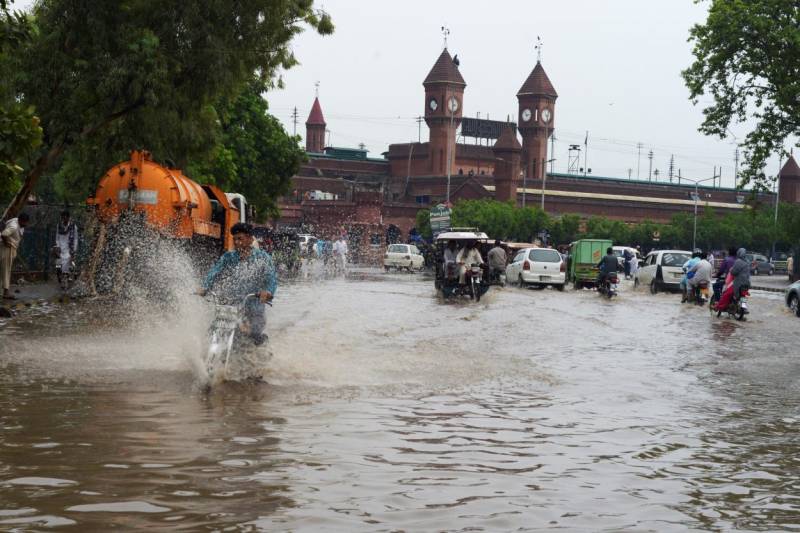 LAHORE – At least three children were killed and over 20 people injured as the heaviest downpour of this rainy season inundated low-lying areas in the provincial capital.

A roof of a house collapsed killing three siblings in Kahna area. One of them died on the spot while the other two succumbed in the hospital.

Earlier today, the Met Office revealed that the highest rainfall in metropolis was recorded in the Lakhsmi area at 167mm followed by Tajpura 117mm, Farrukhabad 109mm, and Pani Wala Tailab 99mm.

The rain started in the wee hours and continued till the afternoon. Consequently, roads were flooded with water, and people were stuck on the roads for hours.

KARACHI – A woman along with three children were dead when the roof of a house in Orangi Town collapsed following ...

A large number of motorcyclists were found taking refuge under the overheads on the Ferozepur Road and Multan Road, and the underpasses on the Canal Road, and thus hindering the normal flow of traffic, which caused traffic chaos.