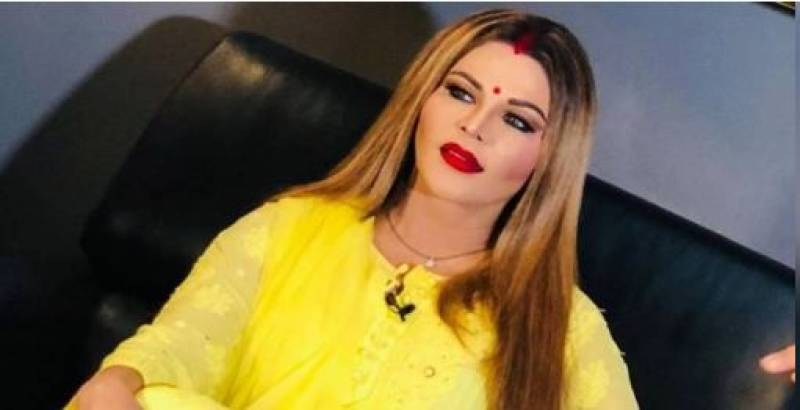 Bollywood's quintessential entertainer Rakhi Sawant has a knack for attracting tabloids' attention and being the life of the party wherever she goes.

Sawant has had her fair share of controversies and scandals that helped her fame soar. The Bigg Boss contestant recently shocked the internet with her surprisingly different lifestyle choice that was lauded by many.

In an Instagram post, Sawant wore a hijab and was seemingly dressed from head to toe. Sawant, who is currently dating Adil Khan Durrani, brought a change in herself and her fashion choices to which her doting beau had the sweetest response.

The duo proclaims love for each other on social media platforms with different pictures giving couple goals. Sawant's decision to change her wardrobe received positive attention from netizens.

During a recent interview, Sawant said, “I apologize to Adil for wearing revealing clothes and I know it isn’t allowed in Islam but I couldn’t do anything at the last moment as the fashion designer gave it to me, and I couldn’t try it before the photo shoot. But I will be careful the next time and not hurt my love Adil.”

For the unversed, Sawant had previously apologized to Durrani for wearing revealing clothes as she had no choice at the last minute. Durrani, who is undoubtedly a dreamy boyfriend, didn't comment on her sartorial choices but suggested that he needs time to think. The couple seemingly must have resolved their issue with Sawant embracing modest clothes.

MUMBAI: Rakhi Sawant has never been one to shy away from being bold and saying what needs to be said. Now, the ...

LAHORE - Rakhi Sawant is one hell of a woman at times with her bold statements. However she can on the other hand be ...