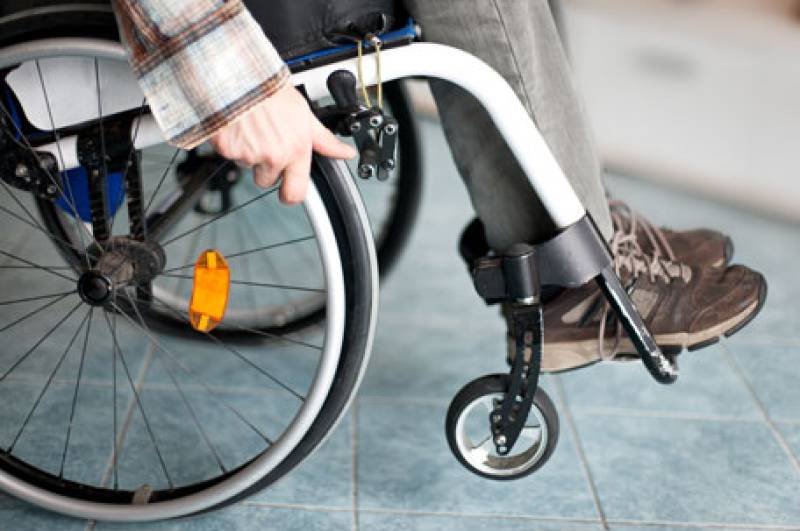 PHILADELPHIA (Web Desk) - A mother abandoned her quadriplegic son in a wooded area of a Philadelphia park for nearly a week so she could visit her boyfriend in Maryland, police said on Sunday.

The 21-year-old disabled man was found by a passerby on Friday night lying on leaves and covered by blankets with his wheelchair and Bible nearby, said Philadelphia police Lieutenant John Walker.

Police said the man who was abandoned in the woods is unable to talk and suffers from cerebral palsy.

Walker said authorities plan to file charges of aggravated assault and failure to care for a dependant person against the mother, whose name was not released. She is still in Maryland, Walker said.

Investigators believe the quadriplegic man may have been stuck in the woods since Monday. Officials at the school he attends became alarmed when he did not attend last week, and they called the man's mother and aunt. The aunt reported the man missing on Tuesday, police said.

"This kid cannot defend himself, he cannot function at all," Walker said at a news conference. "It could have been a lot worse than it is."

The man was taken to a Philadelphia hospital to be treated for dehydration and malnutrition.