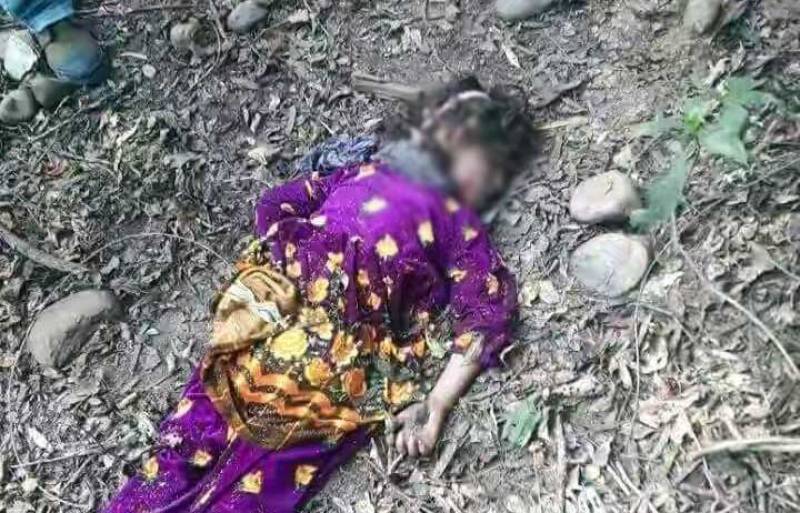 SRINAGAR - The rape and brutal killing of an 8-year-old Muslim girl in Indian-occupied  Kashmir has sparked tension among the Hindu and Muslim community in the valley, exposing the vulnerability of peace.

The victim, Asifa Bano went to graze her horses in a meadow on January 10. After some time, the horses returned but Asifa was nowhere to be seen, stirring concerns among her family members.

Two days later, the family filed a police complaint but according to victim's father, Mr Pujwala, the police did not cooperate. He further claimed that one of the police officers said Asifa must have 'eloped' with a boy.

Just as a week passed, Muhammad Yusuf Pujwala was informed by a neighbour that Bano's body was lying in bushes in the nearby forest, confirming the concerns of the 52-year-old that something horrible must have happened to his daughter.

The police in the occupied valley have arrested eight men, including a retired government official, four police officers and a juvenile in connection with Asifa's death.

Mr Ram's son, Vishal, his nephew, a juvenile, and his friend, Parvesh Kumar, are also accused of the rape and murder.

According to police, two men and at least one other raped Bano repeatedly in a temple after giving him sleeping pills and during the investigations, the accused revealed that their motive had been to drive Asifa’s nomadic Gujjar community out of the area.

The Jammu and Kashmir chief minister, Mehbooba Mufti, had ordered an investigation by the crime branch but the ethnic backdrop in the tragic incident is of importance because all the accused are Hindus while Asifa’s people, the Bakarwals, are Muslim. Moreover, some of the police officers who investigated the case are also Muslim, prompting concerns of injustice in the Hindu community.

The case is over two months old, however, it has become a bone of contention between the community members living in a restive region.

What exacerbates the situation for Pujwala is the fact that Bano was not their real daughter and he had adopted her from his brother-in-law after two of his daughters were killed in an accident some years ago.

Meanwhile, on Monday as investigations are underway, lawyers tried to block the presentation of a charge sheet in a court in Kashmir court of a Chief Judicial Magistrate at Kathua, following which an FIR was registered against them.

While appreciating action by @JmuKmrPolice against the Kathua mob masquerading as lawyers let’s not forget the mob were emboldened by the actions/words of two BJP ministers in @MehboobaMufti’s cabinet. What about action against them?

Top Indian celebrities decried the tragic killing of Bano on Twitter, calling for thorough investigations and stern action against the accused.

Imagine what goes through the mind of an 8 yr old as she is drugged, held captive, gang raped over days and then murdered.
If you don’t feel her terror, you are not human.
If you don’t demand Asifa get justice, you belong to nothing.

A 8 year old is drugged, raped & murdered and another one is fighting for justice for herself and the death of her father in custody.
We have a choice either raise your voice or be a silent spectator.
‘Stand up for what is right even if you are standing alone.’#Kathua #Unnao

This is evil. Diabolical.

Crying as rapists mount her, one after the other.

Can you feel her terror?

Can't imagine how anyone can have any rationale for what happened in #Kathua to #Asifa. All of you citing 'kashmiri pandits, valley muslims' even after seeing her images are perverts, be ashamed of who you are, shame on your existence. #JusticeforAsifa

Atrocities have happened all through our history. Yes, even under Congress rule. Yet, that's no justification. These are not numbers. These are people!

Whichsoever be the government of the day, it has to answer for this.