Man sets self on fire outside Japanese embassy in Seoul 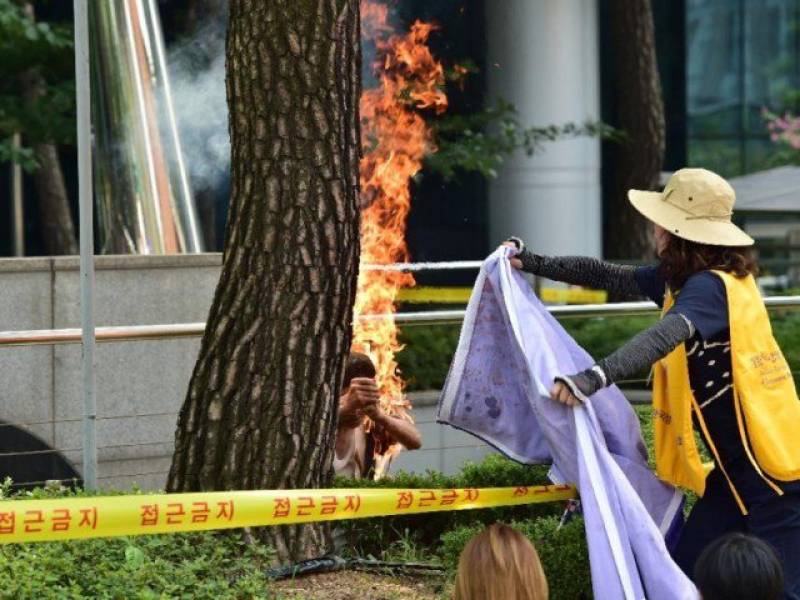 SEOUL (APP) - A South Korean man set himself on fire Wednesday outside the Japanese embassy in Seoul during a large protest over Japan's forced recruitment of sex slaves to service military brothels during World War II.

Television news footage showed other protestors using a blanket and bottled water to try and douse the flames before the emergency services arrived.

Firefighters eventually removed the man by stretcher to an ambulance which rushed him to hospital.

His precise condition was not known, but local news reports suggested his injuries were not life-threatening. 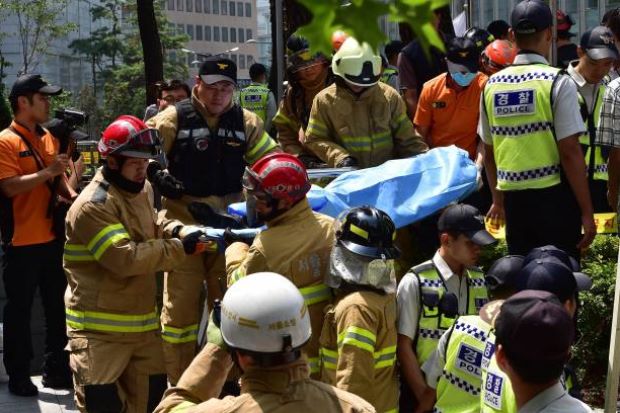 The Yonhap news agency identified him as an 81-year-old, surnamed Choi, from the southern city of Gwangju.

Self-immolation is not that rare in South Korea and was particularly common during the pro-democracy movement of the 1980s and early-90s, when a number of student activists set themselves on fire during public demonstrations.

Such acts are not limited to political protest. In May this year, a 56-year-old disabled man died after setting himself on fire in a dispute with his landlord, and a 29-year-old killed himself the same way in March after his girlfriend rejected a marriage proposal.

The last such self-immolation outside the Japanese embassy was in 2005, when a 54-year-old man set himself on fire during a protest over Japan's claim to a set of South Korean-controlled islets in the East Sea (Sea of Japan).